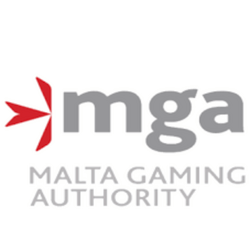 The regulatory authorities are there to enforce the regulations in force in the jurisdictions. If this is not the case, they can react by imposing various sanctions.

This can range from a simple warning to a fine or even worse to the outright cancellation of the license.

The MGA has several grievances against DGV Entertainment Group Limited. Indeed, the holders of a license in Malta must pay a fee for this license. However, the operator mentioned in these lines has not yet done so for the period from November 23, 2021 to November 22, 2022. It therefore owes the regulatory authority €25,000.

It has also failed to pay the compliance contribution fee. For this, he owes a total of €10,333 for the period from December 2021 to the present.

That’s not all: DGV Entertainment Group Limited must also submit a set of audited financial statements for the period January to December 2020. It has a standard 180-day deadline to do so. It has not yet done so.

It has also not submitted its interim financial statements for the period January to June 2021.

20 days to provide a response to this decision

On Thursday August 4th, the MGA issued a notice of cancellation of license against DGV Entertainment Group Limited. The operator now has 20 days to provide a response to this decision. The operator can give reasons why the regulator should change its mind and not proceed with the revocation of its license. If it fails to convince the agency, it will lose its valuable license.

Based on the island of Malta in the Mediterranean Sea, the operator DGV Entertainment Group Limited has recently entered the web gaming sector via 2 online casinos: AurumPalace on the one hand and FlipperFlip on the other.

READ :   Drake wins $25 million in online roulette on Stake before losing it all

The MGA: one of the most famous regulatory authorities in the world

Regularly, the MGA makes news by sanctioning operators who do not comply with the regulations in force in its jurisdiction. For example, at the end of July 2022, the MGA suspended the license of Field of Fortune due to non-payment of fees.

A few days earlier, it had done the same with BIB Limited, which had violated several provisions of the regulations.