Square Enix and Platinum Games’ game-service is already struggling to fill its servers even though it was just released.

Babylon’s Fall is a service-oriented multiplayer hack’n slash, that is to say that it is supposed to be designed to last over time and keep its players as much time as possible on its servers. The problem is that the game has just been released and there are almost no players.

Exit shy or flabby to become?

On Steam, Babylon’s Fall failed to appeal to the masses. On Steam for example, the software has less than 1000 active players, the maximum simultaneous connection peak being only 762 currently (source Steam Charts). 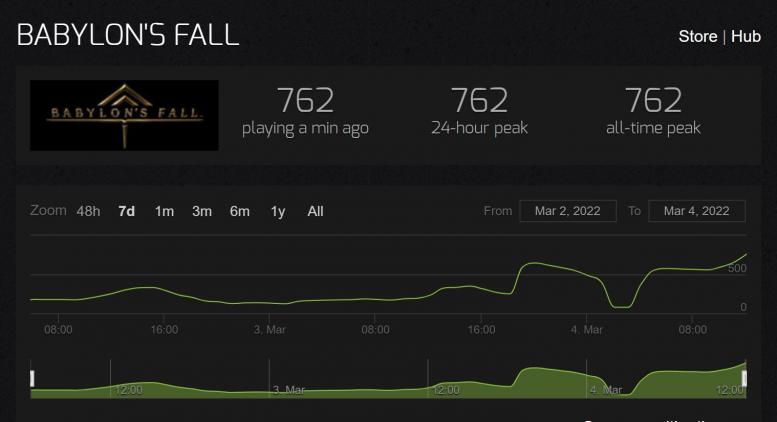 It’s little, very little even, especially for a software that must federate and retain as quickly as possible to be able to capitalize on the time.

Bonus, Babylon’s Fall comes under heavy criticism from players who bought the game on Steam, especially on its boring structure, its graphics from another era and its monetization far from being to everyone’s taste. Problems that we had already noted during our preview.

Note however that this only concerns the PC versions of the title, even if it suffices to take a look at the networks to see that on PS5, Xbox Series, PS4 or Xbox Onethe returns are no better.

Square Enix and Platinum Games will have a lot to do to raise the bar, business to follow…