Rumors are rife about the possibility that both Arkane Studios games will take place in the same historical timeline.

The reddit users are in turmoil following details and coincidences scattered throughout the game Deathloop, thus confirming this hypothesis. Indeed, some have noted some similarities, in particular concerning the gun presented by antagonist Juliana.

Be careful, this article may spoil certain elements of the game, read at your own risk. Okay, there’s no real danger, but watch out.

In a scene from the game, Colt is trapped in a time warp and makes the meeting with Juliana. Between them is a wooden box containing two pistols, described as “vintage pieces” and “completely unique”. They are also equipped with their oil cartridges original, an essential component for their operation. In Dishonored, this substance comes from whales then processed into oil as a substitute for gunpowder.

READ :   John Wick makes a cameo in Sifu to break some teeth

A bit later, Juliana returns to these weapons, explaining that “these are museum pieces, which are part of history. It is worth to be preserved. “ 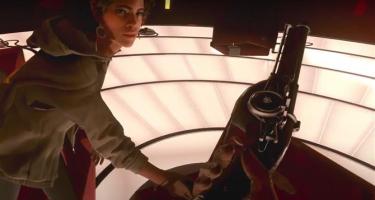 Although both games are narratively separated by more than a century apart, we find this same box in Dishonored, during the mission “The Last Party of Lady Boyle”. During this, the protagonist Corvo can engage in a duel with one of the party guests. 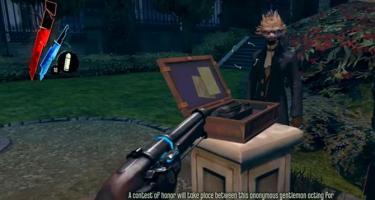 Another detail about theBlack Reef Island also does talk. According to a Powerpoint presentation fromArkane Studio, this piece of land would be in the same world as Tyvia, another island in Dishonored.

Although it is complex to disentangle the true from the false, it is still possible for us to” imagine this hypothesis which, in addition to pleasing the players, would give real depth around this common universe.