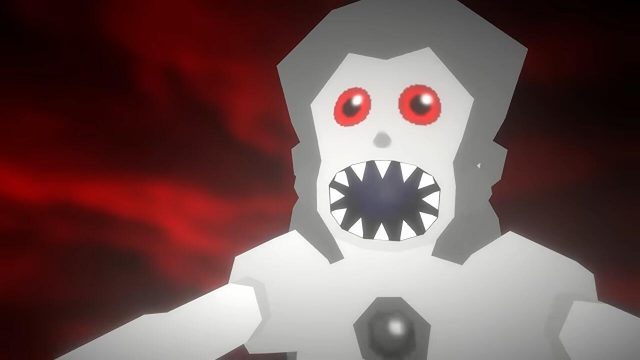 In this little creation, our moustachioed plumber finds himself in a very special situation, in an atmosphere plunged into horror…

With this small work imagined by a fan, we are offered a revisit of the universe set up in Super Mario 64. And it is rather particular, far from the generally cheerful atmosphere of the original work, our dear plumber does not have, here, to join the Boo manor to make a frightening meeting. No, and it’s even a little more, it’s a world of horror that awaits him from the start, a world where to survive, there are not many solutions, our hero must hide.

Mario and the terrifying Princess

It’s that a ghostly entity reigns in the well-known castle of Princess Peach… and, it turns out, this terrifying creature is none other than the famous owner of these places. It’s slowly creeping around. And, equipped with a simple lamp, our moustachioed man has no other choice than to avoid it, hiding in chests, for example, and thus move with great caution if he wants to survive and fulfill his objective: collect 8 objects scattered everywhere.

READ :   Charts France S2: the Switch still on top, but a PS4 game back

Called “Another Princess Is In Our Castle”This creation proposes, as you will see, a path in FPS view. Without music, only footsteps to reinforce the uneasiness, we owe it to a certain Claudio Mondin who has just put it on the platform Itch.io. However, for the moment, it only exists in demo form. The creator has assured to continue his work in order to make a complete version, but it remains to be seen if his ambitions can be achieved. Nintendo being quite close to its intellectual properties, it is very likely that an intervention on its part will put an end to the project.