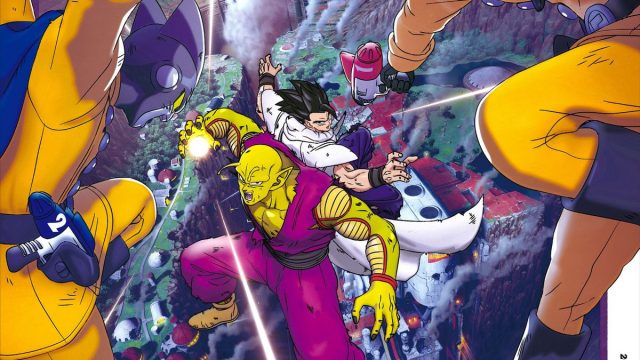 After a long wait, Crunchyroll has officially revealed the French release date of the movie Dragon Ball Super: Super Hero.

The French cinemas will welcome from October 5th the new feature film of the Dragon Ball franchise. A date that should relieve fans who have seen the film released in many countries, except France. In Japan, for example, it has already been released since June 11 (and this, after being postponed). The other good news is that this announcement did not come alone. Indeed, Crunchyroll has accompanied by an unpublished trailer presenting in particular the future antagonists in more depth.

For those who don’t want to see it in theaters, it will probably be necessary to wait a few months before hoping for an arrival on the SVOD platforms. If we rely on the predecessor of Super Hero, it could potentially be on Canal+ see Prime Video.

READ :   The Future Game Show will return in March with new games

What is it about?

For a long time, we knew very little about the story of this sequel to Dragon Ball Super: Broly, due to the fact that information was given in dribs and drabs. All that is obviously in the past and Crunchyroll did not fail to give us a little summary of what awaits us in this movie:

The Red Ribbon Army was destroyed by Son Goku, but some people decided to revive it. They created the ultimate cyborgs, Gamma 1 and Gamma 2. Self-proclaimed “Super Heroes”, they launch an attack against Piccolo and Son Gohan. What is the purpose of this new Red Ribbon organization? Faced with this approaching danger, it’s time for the real heroes to wake up!