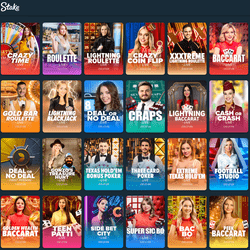 Canadian rapper Drake is one of the biggest international stars in the music industry. According to Forbes magazine, his fortune reached about 150 million dollars, during the year 2019.

At the moment, it could even be more than 250 million. Since he loves the casino, he is used to being talked about for his homeric gambling sessions during which he wins or loses very big.

A few days ago, he won no less than 25 million dollars on an online roulette of the Stake live casino before losing almost everything.

Drake’s fans who follow him on social networks must know that this Canadian rapper is particularly fond of Stake. In fact, he partnered with this online casino specialized in cryptocurrencies during the month of March.

Since then, he regularly streams his gaming sessions on the Twitch platform. One of his latest sessions was particularly eventful. Indeed, he made some very lucrative roulette games that allowed him toamassed over $25 million in winnings.

Unfortunately, he got caught up in the excitement and failed to pull back at the right time. When bad luck came his way, he suffered one loss after another. So when he stopped playing, he had only $1,879 left in his player account.

As usual, Drake once again offered a lot of interesting prizes to his viewers. Some of them received rewards of €25,000 when they won the draws that the rapper organized.

During the stream that interests us through this news, Drake was accompanied by the American-Moroccan rapper French Montana, with whom he has already collaborated several times in the past on different songs. If this recent gaming session was not very lucrative, it must be recognized that the Canadian star regularly makes up for it with significant gains.

Thus, last May, for example, he pocketed no less than $ 17.9 million via a single game, during another stream on Twitch.

Moreover, some rumors suspect that there might be some malpractice around these impressive wins. It’s worth remembering that Stake is licensed in Curacao, and that jurisdiction isn’t necessarily known for having the strictest controls in the industry.

This may change in the near future, however, as stricter regulations are put in place.

It offers an attractive game library with over 2,300 slot machines as well as live dealer games from Evolution, Playtech and Pragmatic Play Live Casino.