The map of Techland’s next big survival title, which we are now expecting very soon and where it will be very difficult to remain human, would have leaked.

According to Frataclause’s post on reddit, we’re holding a first glimpse of our resort where we will spend many hours trying to survive in Dying Light 2: Stay Human from the February 4, 2022 on PC, PS4, PS5, Xbox One and Xbox Series.

As promised by Techland, this should cover an area four times larger than that of Dying Light, with many more verticality and opportunity for exploration. 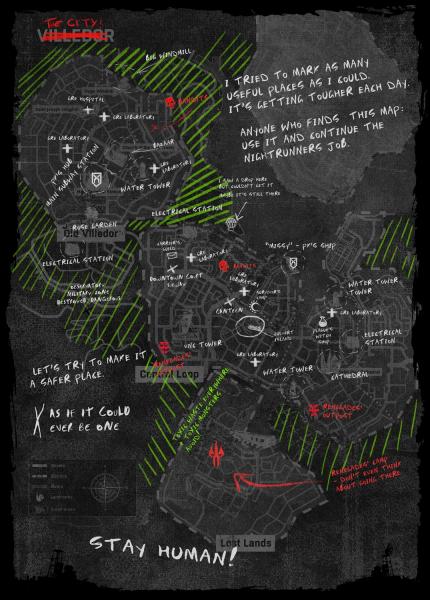 The city formerly Villedor as can be seen here, consists of three quarters distinct: Old Villedor, Central Loop and Lost Lands (the lost territories). We also distinguish various useful places that we can visit during our stay.