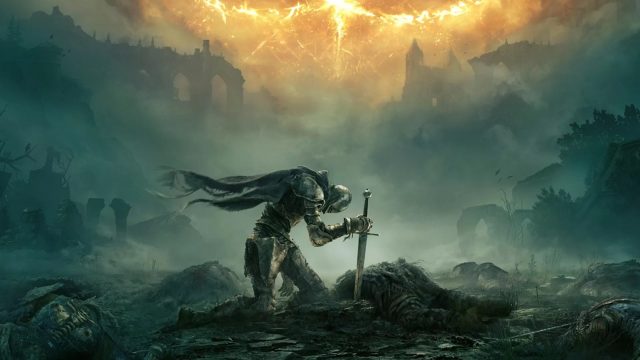 In ranking European sales, GSD has highlighted the two big hits of the first 6 months of 2022: Elden Ring and Pokémon Legends: Arceus.

Reporting on the state of console sales in Europe, Gamesindustry.biz also dedicated a moment to the games that sold the most during the first half of this year 2022.

Thus, as noted by the site, more than 76.1 million copies. This corresponds to an increase of 13.5% compared to 2021. An increase that can most likely be explained by the arrival of highly anticipated titles, some of which have even been able to take advantage of a reputation that was built up several years ago. This is the case of the Pokémon saga for example or Gran Turismo. But not only that, more recent licenses that have acquired a solid community, and this from their first appearance, have also shone. And here we think especially of Horizon;

An advantage for digital sales?

And so, based on what the GSD MarketGames Industry issued the following figures: when 32 million games were sold in their physical format, 44 million digital copies found buyers. A very significant difference that shows once again that the trend is more than ever in favor of dematerialized.

And so, we will not be surprised if in reality the result is a little higher. The figures of some publishers are missing, like those of Nintendo, which does not communicate on this subject.

A small view on the European market

From this point of view, Games Industry has reported the sales ranking over the last 6 months. The figures focus on the three major European countries of the market, noting in particular the names of the titles that have become popular.

Germany comes out on top with 15.4 million sales, a strong increase of 13% compared to 2021. This is a significant increase, and much higher than what has been achieved by the United Kingdom and France with their increase of just over 2.0%.. Respectively, they recorded 14.3 million and 10.6 million sales.

The digital represented in Europe, during the given period, about 68% of the distributions. In France, for example, the downloads were à 63%. This is certainly not negligible, but far less than the 76% of the British market and the 67% of Germany.

Elden Ring and Pokémon, cartons of the first part of 2022

Sales are increasing, both in Europe and in the world, and they probably owe their growth to the excellent vintage of the beginning of the year. A catalog spearheaded by none other than the highly prized Elden Ringwhich was registered last May with more than 13 million players.

Moreover, since the beginning of 2022, in our Old Continent, theFromSoftware’s game has been the best-selling game and takes first place ahead of the latest iteration of FIFA. However, it seems that Pokemon, which came third in the GSD ranking, would probably have done more, because, unlike the excellent Souls-like game, Nintendo’s game simply made its physical sales figures known. Not surprising, since the Japanese company does not communicate about its digital distributions. Mais, not sure that would have been enough, as Nintendo’s titles are more oriented towards physical anyway. By the way, when it comes to retail sales (and thus boxed games), Pokémon is at the top of the charts.

READ :   Affected by the pandemic, Final Fantasy XVI announces a presentation in 2022

Each country has its own preference. If Spain and Italy have highlighted FIFA 22, French and German players have preferred Arceus. And, it is in the United Kingdom that Elden Ring has imposed itself. For the other European countries, however, detailed results are not available.

Here is the global overview of the European sales where PlayStation exclusives such as Gran Turismo or Horizon Forbidden West have a significant share and where the must-haves (GTA 5 or MK 8 for example) are still doing well:

So sales are on the rise, and they are not ready to stop, especially since other big arrivals will be coming very soon: God of War Ragnarok, Bayonetta 3, The Callisto Protocol or The Last of Us Part 1.