FromSoftware’s game has obviously conquered a very large number of players and continues to break attendance records on Steam.

Despite some technical setbacks, especially on PC and PS5, Elden Ring is a success and the trend confirms it. On Steam, the software would have sold more than 10 million copies according to estimates by Steam Spy and was directly placed in 6th position of the most played games on the platform.

A record now broken since Elden Ring has just grabbed an additional place by counting more than 953,000 players connected simultaneously. Thanks to this record, the software blithely exceeds New World, the Amazon’s MMORPG which was a hit when it came out.

FromSoftware must be in heaven and certainly thinking about the sequel, after such a success, there is no doubt that we will have content to put in our mouths. 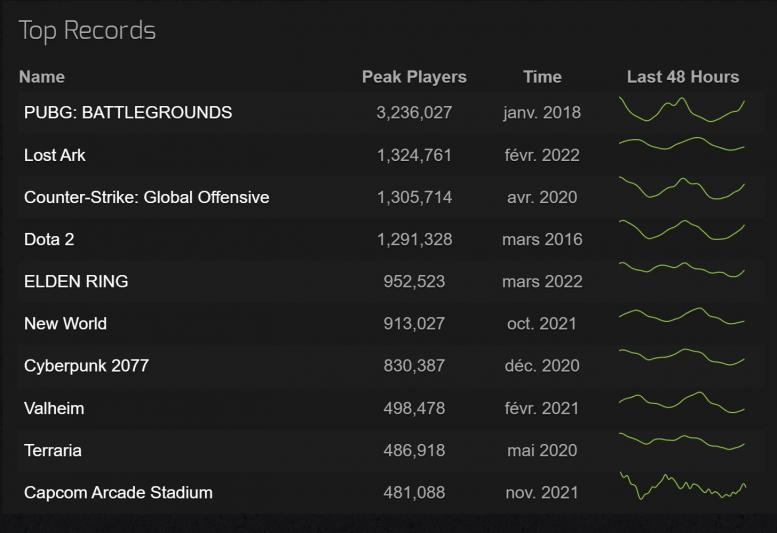