We had already seen some of it on the game’s Steam page, but now Elden Ring has lifted the veil on all its recommended PC configs.

A few days ago, the Elden Ring Steam page gave us an overview of the minimum configs required to play FromSoftware’s next big project on PC.

Today, it is the studio itself which confirms the information and at the same time reveals the recommended configurations to get the most out of Elden Ring. 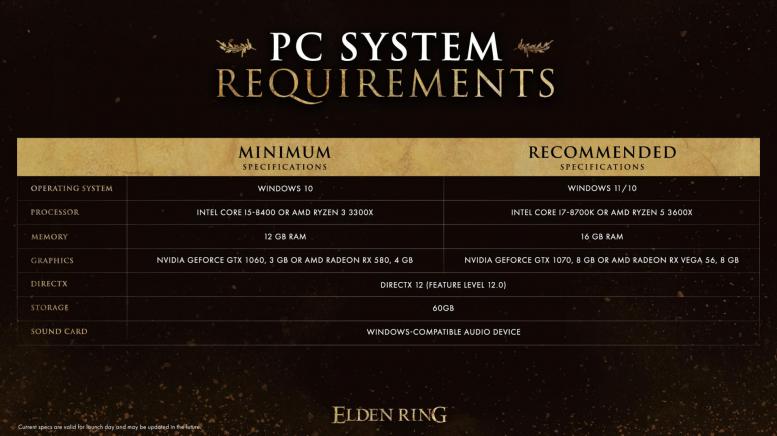 The software will therefore not require a very large artillery to be able to play it in good conditions, since the recommended processors and graphics cards have already had their day. Corn what surprises however, are the 16 GB of RAM requested which suggest a software still quite loaded.

We’ll get to the bottom of it next February 25game release date on PC, PS5, Xbox Series, PS4 and Xbox One.

READ :   Metal Gear's 30th anniversary, a look back at a cult saga @VGR