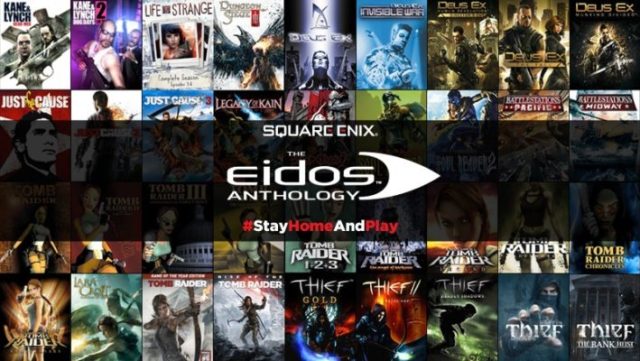 Tomb Raider, Legacy of Kain, Deus Ex or Marvel’s Avengers are now going under the Swedish flag with this new takeover by the giant Embracer Group.

Embracer Group has announced its agreement with Square Enix to buy what appears to be the European branch Eidos (became Square Enix Europe) including the catalog of fire Eidos Interactive (Tomb Raider, Hitman) and its subsidiaries including Eidos Montreal (Deus Ex, Marvel’s Guardians of the Galaxy) and Crystal Dynamics (Marvel’s Avengers, Rise of the Tomb Raider).

An acquisition that allows the Swedish group to recover again a 50ne of games and very large IPs as well as the 1,100 employees spread all over the world. The info and the amount were revealed during a conference this Monday morning: $300 million in cash and for the moment no desire to extend participation to the Japanese group Square Enix.

READ :   The Elder Scrolls 6? No, it's only The Witcher 3 with a successful FPS mod

The amount is also quite low compared to the takeovers of recent months, such as Sony and Bungie. The newly created studio, which will join the some 120 already at Embracer, could it also find its original name (Eidos) there? We will know more when the deal is concluded, during the next fiscal quarter (July-September). A year ago, the group had “only” 60 studios.

Update: the press release does not mention at any time the acquisition of Square Enix Europe in its entirety, but the back catalog acquired would leave only crumbs, not to say an empty shell, within the Japanese holding company.