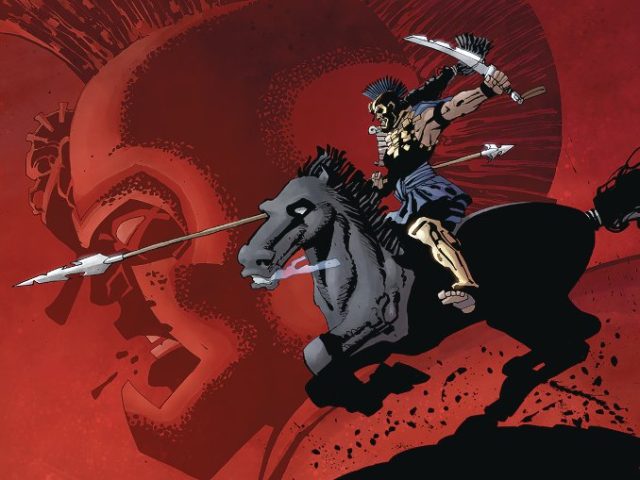 Considered the third group of comics after Marvel and DC, Dark Horse Media publishes the Hellboy and The Mask franchises in particular. Three other studios are also in the Christmas basket.

In 2021, the Embracer group will have acquired more than thirty companies and no longer just limited to video games. The juggernaut which holds in particular THQ Nordic or Gearbox, recently announced the takeover of French board game giant Asmodee. The company is now eyeing the comics with Dark Horse Media, considered the challenger to the traditional DC / Marvel duo.

Publisher until now independent of franchises The Mask, Umbrella Academy or Hellboy, the company has also long been associated with Frank Miller, author of comics on Batman, Daredevil, but also Sin City or 300 which he co-directed on the big screen. Embracer will also benefit from the comic book adaptations of Overwatch and The Witcher, also edited by this studio, as well as the “Untapped potential of making Dark Horse IP-based games”.

Embracer Group should make Dark Horse its 10th operational hub, undoubtedly dedicated to comics. The 9th being the brand new board games center with Asmodee. In the Christmas paniel, the group also announces the takeover of Perfect World Entertainment (Neverwinter) and its divisions (including Cryptic Studios). The MMO specialist will be linked to the Gearbox division.

It is an honor for us to welcome this group of talented individuals to the Gearbox Entertainment family. Gearbox will invest in the future of Cryptic as an independent, dynamic and passionate MMO studio. This commitment is coupled with an exciting new partnership that will emerge as the talented Perfect World publishing team and their promising lineup of future games will be supported and enhanced by the ability and strength of the Gearbox publishing team.

Incidentally, Embracer is also finalizing the acquisition of Shiver Entertainment, a studio rather focused on the portage which joins the branch Saber Interactive. Finally, DIGIC, an SFX studio that produces animations or cinematics for games, will also be under the aegis of Saber, and Spotfilm Networx arrives in the Koch Media branch. This German company provides VOD and video advertising. In total, the group now has nearly 100 branches in 45 countries.

READ :   Gameplay for new UFL soccer game to be unveiled on January 27