Released without warning, Escape Academy is a first person puzzle game that surfs on the escape games trend to offer us a little game halfway between Harry Potter and Mission Impossible.

The school of thieves 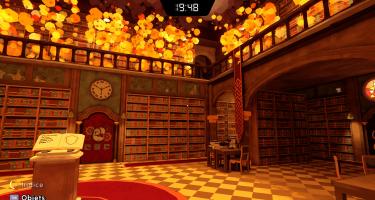 In Escape Academy, you are a young elected official admitted to the prestigious eponymous academy. In this totally crazy university, the goal is to make you a master of escape to shine as a thief, secret agent and even politician. The game proposes us to go on the run in a colorful campus via freeze-framed point & click scenes where it will be possible to meet characters, students and teachers, completely turned onto discuss with them. Alas, this is not very useful, except to have the right to white cotton dialogues, a bit of humor, and two/three information about the lore. Even if the character design is nice and the general atmosphere makes you smile, from you to me, we don’t care much about the daily worries of the characters who hang out on the campus.

More globally, the frame is not very useful and is just like a cartoon. However, it has the merit of relaxing our brains and that’s not a bad thing, as the game will be a real pain in the ass during its escape game phases.

Escape academy obliges, you will be constantly challenged in about fifteen puzzle rooms, most of them timed by the way. You will be asked to do one simple thing, cross one (or more) room by going from point A to point B while solving dozens of puzzles on the way.

The riddles are constantly renewed 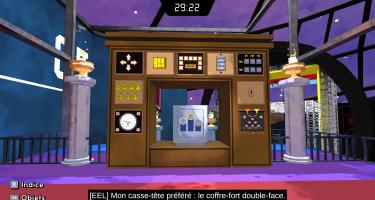 And this is where the title manages to surprise us since not only the puzzles are constantly renewed but, as a bonus, the rooms are never the same. We will go through every corner of the campus, from the greenhouse to the library, through the boiler room, the computer room or the teachers’ office, while facing a lot of mysteries.

Of increasing difficulty (gauged from 1 to 5), the riddles play with us and with everything. You’ll have to have a good eye and be able to notice the slightest clue in the scenery, search the rooms well (that we go through in subjective view) in order to discover clues (objects, notes, visual clues in the scenery…) and the riddles, then make your mind work to link all this together by yourself and arrange to find out how to get out of the room. The puzzles will call upon logic, memory, sense of deduction and sometimes even math! Overall, they are extremely well put togetheroften in several steps (a code to discover to unlock a lock, to then open a trunk that contains another enigma, etc.), and require a real reflection. 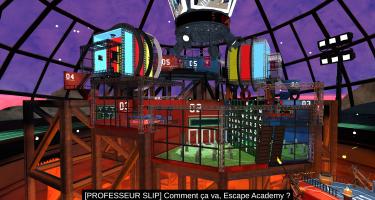 However, it is difficult to talk about the difficulty of the game, since it is really up to each player. Of course, some puzzles are naturally more difficult than others, but everything will depend on your ability to analyze the puzzles and your environment in the pure tradition of escape games. However, you can be helped at any time by a dedicated key that will give you big clues at the expense of your final score (which is only there for decoration).

This will also impact the life of the title, which can vary greatly depending on your ability to solve problems. For my part, I put a little more than 3h30 to complete the softwarewithout any help, but I’m still a regular of the genre. And I have to admit that some puzzles, especially on the last part, gave me a hard time, and I was surprised to see that the developers have redoubled their inventiveness to offer really intelligent puzzles, always logical, and never far-fetched. 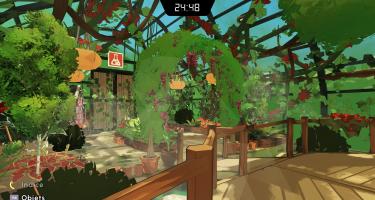 Despite everything, we will remain on our end after the final credits, as the adventure is pleasant and the game a bit short. We will have well the possibility to replay the rooms endlessly to get the best possible score, but as the puzzles never change, there is currently no interest. From local and online multiplayer is also part of the game in split screen (no matter which mode you choose). It is funny, but it doesn’t bring much more.

Visually, the software opts for a colorful and chubby art direction that tends to forget the details. In the end, it works pretty well, but we are clearly not here to have our retinas tickled. As well as the OST which is satisfied with the bare minimum with just a few atmospheric notes. In the end we are really on something very raw and cartoonish which does without details on all the plans. 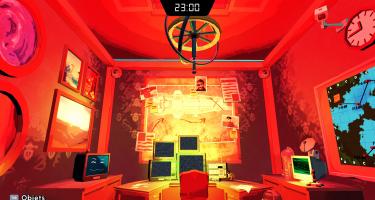 Overall, Escape Academy lacks only a few things to be a real must-have. For example, we would have liked to have several cooperative or even competitive game modes, especially since the game shows us that it is possible to have 2 people competing in the same big puzzle in its last act (an extremely well done sequence, by the way).

A dose of randomness would also have been welcome to offer a little replayability to the software, which is currently totally devoid of it. So, it is obvious that the game mechanics to solve the puzzles cannot be changed, but their solution could have been, which would have forced us to think a little.

Finally, let us note that the development team has already planned a nice roadmap for its game with new puzzles and new places to discover.