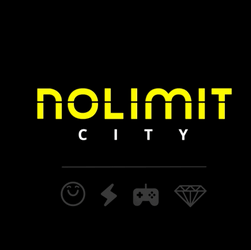 The Evolution group makes no secret of it. Its ambition is simply to become the most important supplier of online casino games in the world. To achieve this, it has not hesitated to make a series of acquisitions for some time now.

Even though it originally specialized in live dealer games, it has acquired several slot machine software programs.

So it won’t come as too much of a surprise that it has just announced the acquisition of the publisher Nolimit City.

As is the case every time in this kind of situation, some competition authorities will have to look into the purchase of the publisher Nolimit City by the Evolution group. This will only become effective if the necessary green lights are obtained. We can therefore expect the sale to be completed by the end of the third quarter of this year.

In order to buy Nolimit City software, the Evolution Group will have to pay 200 million euros in the first instance. An additional €140 million will be added if certain performance criteria are met in each of the next three years. The bill could therefore reach 340 million euros.

It will be paid for by the existing reserves of the Evolution Group.

Founded during the year 2006, the Evolution group has gradually managed to establish itself as the undisputed leader in the live dealer games market. This enviable position allowed it to first buy one of its competitors in this field, namely Ezugi at the end of 2018.

Then, he became interested in the world of games under RNG. Thus, at the end of 2020, he acquired Netent well known for slot machines like Gonzo’s Quest and Starburst among others. As it also owned Red Tiger, the Evolution group bought it at the same time. It then acquired Big Time Gaming, better known as BTG, in July 2021. This is the software that invented the famous Megaways feature that allows you to enjoy thousands of ways to win.

Finally, a few months later, it was DigiWheel that became the property of the Evolution group, in September 2021, This company markets innovative wheels of fortune equipped with, among other things, a latest generation HD screen.

If the acquisition of Nolimit City is indeed authorized, this publisher will become the seventh brand of the Evolution group.

Created during 2013 by professionals with more than 10 years of experience at some of the major players in the online casino industry, Nolimit City has offices in Sliema on the island of Malta, Stockholm in Sweden and Gurugram in India. In its gaming library, you can only find slot machines. Some of them are proving to be very popular with players on the web. These include Tesla Jolt, Mayan Magic Wildfire and Thor Hammer Time.