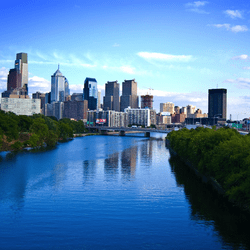 Extremely well represented in Europe, the leading live gaming software Evolution does not have much prospect for growth on the old continent.

In fact, they are expected to become the most important international markets in the future. So it’s no surprise that the publisher Evolution has announced that it has just launched its live casino offer in the US state of West Virginia.

Live games filmed from a studio in Pennsylvania

It’s finally here, and online casino operators in the West Virginia market now have access to a wide selection of live dealer games from Evolution software.

At the moment, users in the state can enjoy classic games such as Live Roulette, Lightning Roulette, Blackjack, Infinite Blackjack, Three Card Poker and Ultimate Texas Hold’em. All of these games are filmed live from the publisher’s state-of-the-art studio in Pennsylvania.

It was during August 2018 that the publisher Evolution opened its first live dealer gaming studio in North America in the state of New Jersey. After that, it established studios in Pennsylvania and Michigan. Soon, he plans to launch a new one in Connecticut. Now that it has released its games live in West Virginia, the publisher is currently present in 4 US states.

On this occasion, the sales director for the North American region of Evolution (Jeff Millar) was delighted with this news that will allow new players to enjoy online the same conditions as in a real land-based casino.

On this occasion, he recalled that the group has already been present in West Virginia for some time. In fact, the Netent brand of slot machines now owned by Evolution made their appearance there in September 2020.

Busy news for the Evolution group

We have to admit that the Evolution software is extremely dynamic at the moment. For example, at the beginning of June it released Crazy Coin Flip: a slot machine with a bonus game managed by a live dealer. A few days ago, it opened a new live gaming studio in Yerevan, the capital of Armenia, dedicated for the moment only to blackjack, but which will soon also host baccarat tables.

Finally, the group announced on Wednesday, June 22, the acquisition of Nolimit City, a famous slot machine publisher to whom we owe such successes as Mental, San Quentin xWays and Buffalo Hunter. If it obtains the necessary authorizations, it hopes to be able to close this acquisition before the end of the third quarter of the current year.

With this, it will pay 200 million euros plus an additional 140 million, if it manages to meet certain performance criteria during each of the next 3 years.