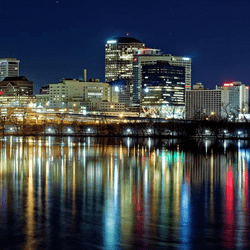 Being extremely successful with its excellent live games, the Evolution live gaming software is seeing a strong increase in results every year. However, as it is extremely well established throughout Europe, it must now look to other countries if it is to continue its impressive growth.

At the moment, he is concentrating a lot on the United States, which will eventually become the most important market on an international level. We had a further proof of this recently. Indeed, he has just opened a new studio dedicated to live dealer games in the state of Connecticut.

A launch of live games in 2 phases

At the moment, there are only 5 American states where Evolution live games are available. The software created its very first studio in North America in New Jersey. Then it opened studios in Pennsylvania and Michigan. Recently, it also launched in West Virginia (see article below), without opening a new studio.

At 11 a.m. on Monday, July 11, Evolution officially began offering live roulette and blackjack games with live dealers in the state of Connecticut.

For a week, it had to make do with this partial launch, which allowed it to carry out a series of tests and resolve any problems.

Then, from last Monday, July 18 at 11:00 am, all the games available in the studio became accessible to the Internet users of Connecticut.

Located in the city of Fairfield, Evolution software’s new live casino studio has begun operating with 140 employees. Eventually, it will create 400 different jobs. Among them, there will of course be quite a few croupiers, but also jobs in other areas such as technical, production, administrative, IT and security among others.

When it comes to gambling, the State of Connecticut has always been at the forefront. It is proving this once again with the creation of this new studio that offers a modern and technologically advanced gaming experience to Internet users.

On the occasion of the opening, Democratic Governor Ned Lamont took the opportunity to commend his regulatory authority for its work in ensuring that Evolution’s facilities and offerings meet the high standards set by state regulations.

We have to admit that the Evolution group’s news is extremely rich at the moment. For example, on Wednesday 22 June, it announced the acquisition of online slot machine developer Nolimit City.

For this acquisition, which should become effective before the end of the third quarter of 2022, it will have to pay 200 million euros plus an additional 140 million, if it manages to achieve certain performance criteria during each of the next 3 years.

In addition, the software launched the Crazy Coin Flip live dealer managed bonus game slot and the Teen Patti live table inspired by an Indian classic within days of each other.