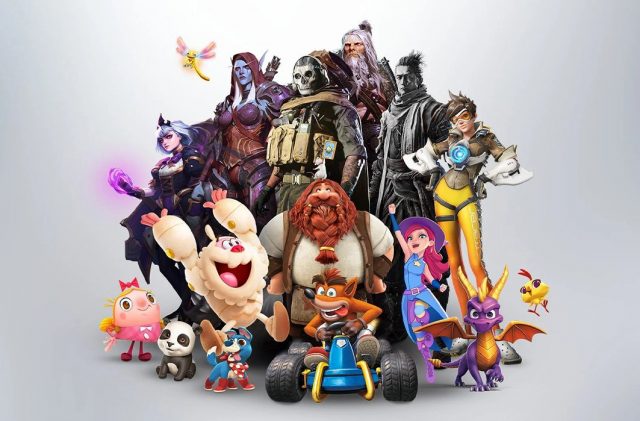 With the U.S. Anti-Monopoly Commission set to approve Microsoft’s takeover of Activision-Blizzard next year, a union ally could tip the scales.

Microsoft’s takeover of Activision-Blizzard will need to be approved by U.S. authorities to finally take effect. A formality for the leaders of MS, even if everything suggests that the organization will not be so simple to convince. This anti-monopoly commission must rule before next summer on the consequences of this historic merger for the industry.

From now on, it is the Communications Workers of Americalarger union of communication and media employeeswhich offers its support to Microsoft. According to Hollywood Reporter, the CWA has sent a letter to the FTC giving its agreement in principle to the buyouta detailed file that allows the American company to have a little more weight.

In exchange, Microsoft commits itself… to respecting union rights

And this support is not totally disinterested, since it comes at a time when Microsoft has given all the guarantees requested by the union to employees, who have been affected for several years by cases of harassment and toxic behavior within Activision and Blizzard.

This agreement allows Activision Blizzard workers to exercise their democratic rights to organize and collectively bargain after Microsoft completes its acquisition and sets a framework for employers in the video game industry. Microsoft’s binding commitments will give employees a seat at the bargaining table and ensure that the acquisition of Activision Blizzard will benefit the company’s workers and the video game labor market in general.

In summary, Microsoft will commit to giving employees full union representation rightsMicrosoft will not prevent anyone from joining a union, be required to provide information about their union membership, or be supported by the company in the litigation process. Good news for the group’s employees, and a good point for the finalization of the case before the FTC, which was particularly concerned with checking labor rights in its investigation.

READ :   Hogwarts Legacy finally has a release date, but...