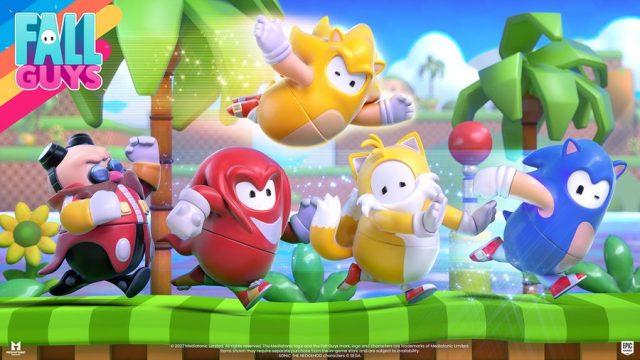 Since August 11th, the now free-to-play Fall Guys offers to its console and PC players an event dedicated to the little blue hedgehog from Sega.

Continuing to celebrate his 30-plus years of existence, Sonic is making his return to Fall Guys. His universe will be part of the Mediatonic game. the time of an event, which started this August 11th and will end on August 15th.

Skins and a Sonic level

The game, which is now free-to-play, offers a level directly inspired by one of the most popular locations in the Sega game series. But here, a small change, players are not invited to browse Green Hill Zone, but rather Bean Hill Zone, in order to collect as many rings as possible and thus earn a number of points that will allow them to access the rewards that follow:

In addition, during the same period, it will also be possible to buy in the store the skins of Sonic and Knuckles as well as Super Sonic, Tails and Dr. Robotnik.

i can’t believe this is happening, sonic and knuckles are coming back and this time they’re bringing BUDDIES (kinda) pic.twitter.com/VyEmnwleFF

Fall Guys is available on PS4 and PC but also, since recently, on PS5, Xbox consoles and Switch.