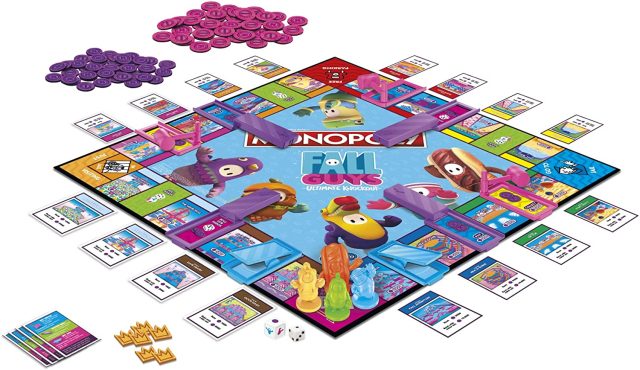 The Fall Guys Ultimate Knockout party game unveils its special edition of Monopoly, with “real obstacles inside”. Available for the moment in the USA, it will soon arrive here.

Are there still licenses that don’t have a special Monopoly? The board game which celebrates its 82nd anniversary this year exists in Brittany, Nord, Bourg-en-Bresse, Bassin d’Arcachon versions, bearing the image of football clubs such as PSG or Manchester United, in the colors of DBZ, Simpson, Mario, Pokémon, Skyrim, WoW, Zelda or Avengers…

Hasbro therefore had to rack its brains to find a popular franchise that could also be entitled to its special edition. And it fell on Fall Guys, the party-game/Battle Royale with jumping beans. The franchise’s official twitter account announced last night the arrival of a licensed game for now only offered in the USA.

Local versions, including of course in French, will arrive “soon”. If you want to see the contents of the box, it is available on Amazon US. We discover an original form of the board game, with real obstacles to avoid, and crowns to collect, just like in the game. Yes, why not.