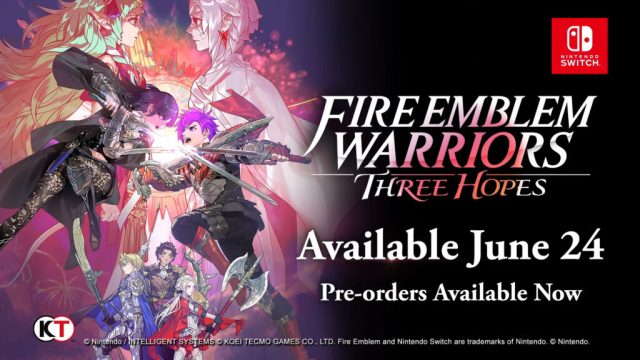 Fire Emblem is back. But what distinguishes this new title from the latest is the genre to which it belongs.

The franchise will be entitled – like The Legend of Zelda and its Hyrule Warriors – in a title like the Dynasty Warriorsi.e. 5 years after the first appeared both on 3DS and on this console: Fire Emblem Warriors.

Scheduled for this June 24 on Nintendo Switch, Fire Emblem Warriors: Three Hopes will take the Fire Emblem: Three Houses universe as its battlefield. The main characters, such Byleth, Edelgard, Claude and Dimitri will resume service. However, the game will – it seems – center around a new story.

The title is already available for pre-order.