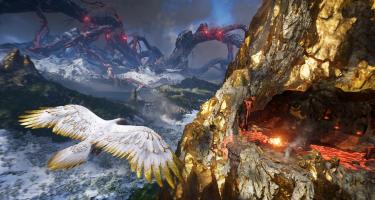 The extension Assassin’s Creed Valhalla: Dawn of Ragnarok is one of the biggest DLCs in the history of the license. Ubisoft describes it as the most ambitious pack in the franchise. Unveiling a new unpublished story of more than 35 hours, it will allow players to discover a whole new game region as well as new gameplay mechanics.

We had the chance to attend an event presenting us in more detail the extension through twenty minutes of gameplay: Here’s what we learned. First, a small point about what we already know: expansion releases March 10, 2022 and it will take place in the mythical dwarf kingdom of Svartalheim. Ubisoft’s goal is to push Eivor’s adventure even further into Norse mythology, taking the place of Odin, to truly understand what it is to be a god. Indeed, Dawn of Ragnarok will make us experience a personal saga of the king. The latter is desperately looking for his son, Baldr, imprisoned in the prison of the fire giant Surtr. This quest will show new sides of Odin’s personality throughout the story, while the world in which we will evolve will offer enormous opportunities for exploration and discovery. What promise an experience still different from what has been seen until today. 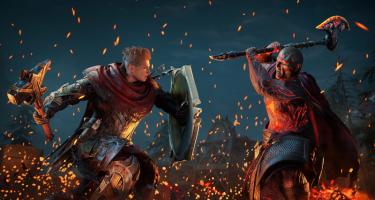 This new mythological approach is not the only novelty to which we will be entitled. Many gameplay elements will be deployed (combat, stealth, exploration), but a new advantage specific to Odin will also appear: he will be able to acquire the powers of the enemies he defeats. This is meant to boost and diversify the already existing gaming experience by truly giving the feeling of playing a god. For example, you will be able to transform into a bird to move and swoop down on enemies like a true predator. Experimentation and strategy will be at the heart of these fabulous powers, as they are designed to support different playstyles. 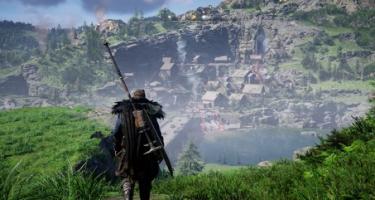 In addition to these new skills, we will be able to discover the Atgeir, a unique polearm used during the Viking Age, which will bring new combos to battles. The customization of weapons will be improved thanks to new runes belonging to Odin, they will be found in the universe of Svartalfheim. We will also be able to discover a new game mode: Arena of the Valkyries. Here, characters from all over the adventure will be able to come and test our combat skills during a duel. This will allow players to explore new gameplay opportunities and test weapons and armor in situation. We also had the chance to attend a preview broadcast of the gameplay of this new expansion. 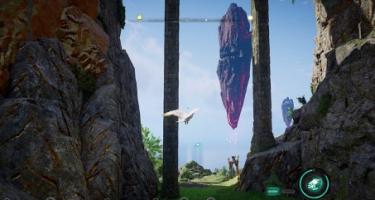 Without spoiling all the content of the quest presented to us, we can already tell you that the universe of Svartalfheim is truly grandiose. You will discover a gigantic world with green landscapes. There is no doubt that the exploration of this territory will be an integral part of this DLC. The settings seem varied, ranging from underground caves arranged like cities to vast lush expanses. 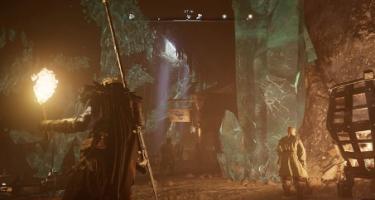 Some landscapes could seem quite similar to those of England, however many elements constantly remind us that we are far from the Earth, whether it’s ice crystals or strange monoliths hanging in the sky. The luxurious architecture of the dwarves is as exotic as the rest, the palaces are carved in stone and covered with gold. 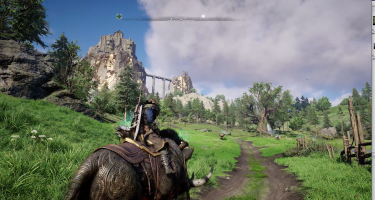 Combat mechanics change drastically. It must be said that in this new universe, the enemies are more formidable than ever. You will fight against of the Jotnars, the enemies of ice of Jotunheim that you already know, but also against Muspels, adversaries of fire hitherto unknown, came from Muspelheim to invade the territory of the dwarves. These will give you a hard time because their spitting lava will keep you at bay. This is when your new polearm and powers will come in handy. 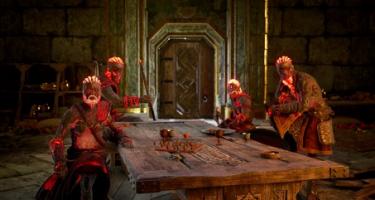 We provide you with the latest breaking news and videos straight from the entertainment and all video games industry.
Contact us: [email protected].com