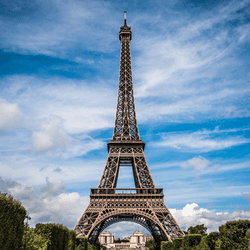 It is during the year 2018 that the Paris Gaming Clubs came to replace the old circles. For the moment, they are still in the experimental phase.

This one was originally supposed to end in 2020 then in 2022. In the end, it will be officially finished in 2024. At that time, a possible perpetuation can be discussed.

Whatever happens, we can already draw up an assessment of the first years and evoke some future prospects for the Parisian gaming clubs.

Although France has about 200 land casinos on its territory, the law prohibits the opening of such a complex in Paris. After the Second World War, the famous city of light was still allowed to host gaming circles.

Nevertheless, these operated with the status of association law 1901 which is not the easiest to control.

Thus, a series of money laundering cases gradually led to the closure of 14 of the 15 existing circles. It was then that the public authorities preferred to draw inspiration from the London system by authorizing gambling clubs that functioned as commercial companies with accounts that were easier to control.

From January 1, 2018, these famous rooms were allowed to open their doors. But it was not until April 26 that the Paris Elysees Club was finally opened. It was then followed by the Imperial Club Paris, the Club Barrière, the Club Circus or the Club Pierre Charron among others.

READ :   Defendant did not cheat at roulette at the Casino of Lucerne

It must be admitted that the beginnings were a bit difficult for the Paris Gaming Clubs. Indeed, after the inauguration of the Paris Elysees Club, which took place almost 4 months after the opening of the market, it took a long time for other gaming rooms of the kind to finally launch.

The first year was nevertheless satisfactory for the Paris Elysees Club with results in line with forecasts, even if the management was expecting more French players since foreigners still represented about 70% of the clientele.

Overall, the club sector is doing rather well at the moment, despite a rather limited offer of games. Slot machines, blackjack and roulette are not allowed. There are only a few ring games like texas hold’em and counter games like punto banco that can be offered to customers.

Last year all the Parisian clubs had a gross gaming revenue of 70 million, which is quite encouraging.

It is also worth noting that these rooms now make it possible to enjoy a healthy gaming sector in the French capital. Indeed, it’s night and day with what used to happen in the old circles.

Now, there is a team of agents from the Service Central des Courses et des Jeux of the National Police who visit the clubs every week to inspect that everything is going well and to fight against money laundering in particular.

Good prospects for the future with the upcoming authorization of blackjack

Between encouraging financial results, especially in this troubled period of international health crisis, and a healthy gaming sector, it would seem that the Parisian gaming clubs experiment is heading towards success. This unique status in the world could therefore be officially perpetuated from 2024.

By the way, we have just learned some excellent news for blackjack lovers. Indeed, this table game should soon be authorized in the clubs in Paris.

This should allow them to attract new players. Indeed, for the moment they have to content themselves with poker 21, which is quite close but which many novices must be afraid to try.