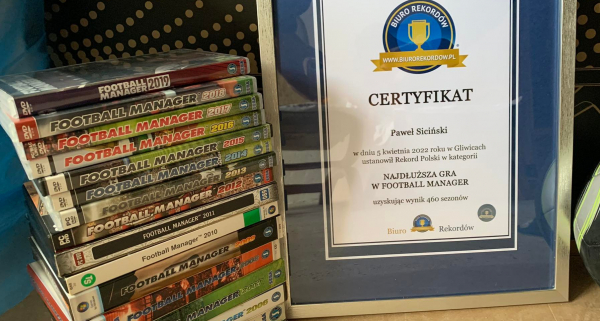 A Polish Football Manager player has just entered the record books by having finished his game during the season… 2433-2434.

Here is someone who knows in advance the results of the Champions League until 2434. Pawel Sicinski, Manchester United fan and Polish Football Manager player, has just finished his game after 416 seasons. He started it in 2018, starting on January 4. After lifting 1,258 trophies, scoring 58,900 goals in 22,300 matches, his career ended on May 18, 2434, after four years of playing IRL.

the Guinness World Records has just recorded this new world record since he is ahead of the previous virtual champion, Sepp Hedel, who had only played 333 years and 22,000 games. The book of records adds that Pavel only took 260 days off during his long career. If he went through several clubs of different categories, he has obviously finished his game with the Swedish club Helsingborgs IF.

It is a passion and a love for football. But some people won’t understand it, because only those who love it know how I feel!

Personally, I managed to last 17 seasons with FC Metz, isn’t that worth a certificate too?