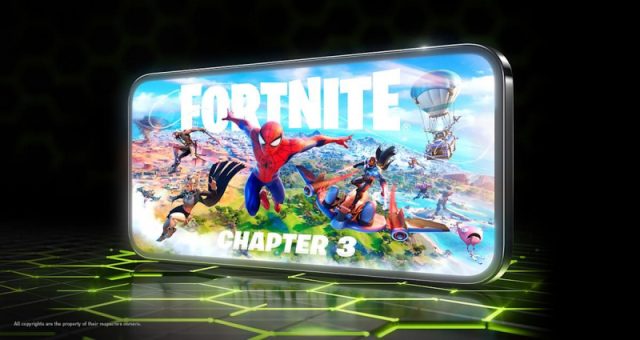 Banned from the Apple App Store, it is thanks to streaming that Fortnite is making a comeback on mobile. The Battle Royale is currently playable on smartphones in closed beta thanks to GeForce Now.

In 2021, Epic Games found itself in a legal tussle with Apple and Google over Fortnite. The disagreement originally stemmed from Epic Games’ opposition to the 30% tax imposed by Apple on in-app purchases.

Fortnite was later banned from the App Store when the developers decided to include their own in-game payment system. The rest of the story, we know it, between many passages in courts and the intense media clash between the two opponents. At present, Fortnite is still not back on mobile iOS and was even a victim a 5-year ban from the App Store by Apple. Mais the streaming service GeForce Now intend to bring it back.

GeForce Now has been launched in 2020 by Nvidia, on Safari Mobile. Fortnite was present in the service catalog, starting the rumor of the return of the game on iOS even before the release of GeForce Now. The game is currently available in limited beta for a small number of players. Nvidia has even done everything to best optimize the game on smartphones, having redesigned all the controls of the game. To register for this closed beta, it’s here.