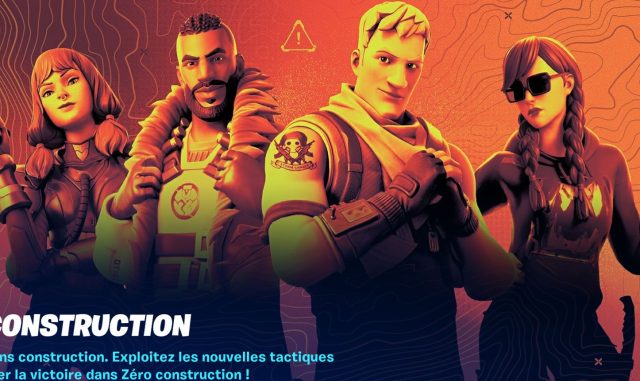 Epic Games has followed the request of fans and has just removed the constructions in its Battle Royale, announcing the Zero Constructions mode.

For some it is the very essence of Fortnite disappearing, for others it is finally a reason to be the leader of the Battle Royal. In all casesthe removal of constructions on the occasion of the beginning of Season 2 of Chapter 3 a few days ago seems to have been greatly appreciated by a community which, for many, had left the game tired of seeing players making HLMs in 15 seconds and refusing the confrontation.

Rumors indicated a few months ago thatEpic was seriously considering a ‘no build’ limited game mode and would follow the opinion of the players on the matter. The craze seems to have caught on with the first games in recent days, since Fortnite today announces the launch of “Zero Construction” mode in Solo, Duos, Trios and Sections.

READ :   Announced on Xbox, the Persona series is also coming to Steam and PS5

The new gameplay elements of the game remain in place, namely the parkour (the possibility now of climbing structures, but also of sprinting, which is added to the slide introduced in a recent season) or even the overshield which automatically replenishes in addition to the normal shield.

You can discover these new game modes instead of the usual ones, directly in the Fortnite menu. Next fan-favorite update, Will Smith’s slap emote?