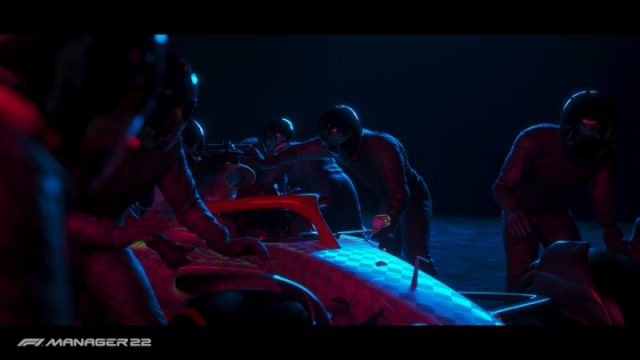 In addition to the F1 2022 racing simulation game, like every year, the official license will have a sports team management game in 2022 with the brand new title from Frontier Developments, F1 Manager 2022. The studio behind Planet Coaster and Jurassic World Evolution is entrusted with a highly anticipated project announced by license holders for over a year.

Following a license agreement signed in 2020, the project is finally coming to fruition and will be released in summer 2022 on PC, PS4, Xbox One, PS5 and Xbox Series. Like the football version Football Manager, F1 Manager 2022 will allow players to take the place of a team manager who will have the task of leading his drivers and engineers towards the pole position of the FIA ​​F1 World Championship, and the constructors’ world championship.

It’s great to see F1 Manager 2022 take shape and see the world witness the birth of this exciting title. I know from experience that running a team can be a challenge, but it’s also very rewarding. Ihas F1 franchise Manager is a great opportunity for fans to step into the shoes of a team manager and experience it for themselves. With their successful expertise in management games, I’m sure Frontier will provide an enjoyable and engaging experience for fans.

The announcement also mentions a first opus and a franchise, which proves that this is a new series well planned for the long term. The game can already be added to the Steam wishlist and reveals itself with a first video which you can see in this article.

There’s never been a better time to be a Formula 1 fan, and we’re delighted to present a new way for F1 fans to immerse themselves in motor racing’s greatest spectacle. F1 Manager 2022 will deliver an authentic and exciting experience for newcomers and veteran fans alike. Our involvement in this constantly changing world of Formula 1 will create a solid foundation for this special and evolving series of games over time.