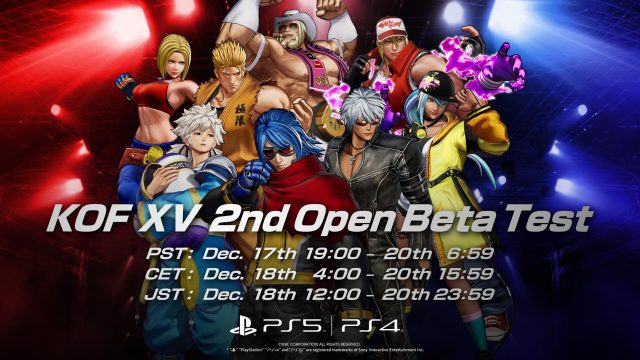 There is something new for The King of Fighters XV. Not only is a new character on the horizon, but a new open beta has also been scheduled.

Unsurprisingly, SNK allows a new character to express himself on video with the strength of his fists. After Angel, two weeks ago, an unprecedented fighter is announced: Krohnen. Another newcomer that can also be tried very soon in a second open beta session scheduled for December 17 and available until the 21 of the same month.. Here is the list of those that will be playable:

This new opportunity to approach the title is, once again – like the previous one – reserved for PS4 and PS5.