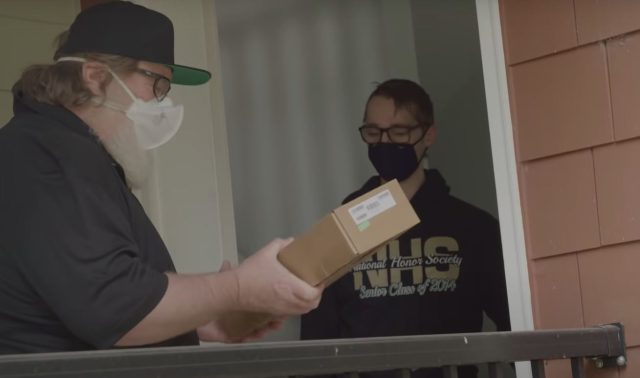 The guru of the glorious “master race” proves once again that he is not like everyone else. The Valve founder went door to door for the launch of the Steam Deck.

The new valve handheld console, the Steam Deck, has been launched. And the boss of Steam could not miss the opportunity to see the happy face of the first customers. Especially since with his new Santa Claus look, he has the profile for the job. Thus, Dieu Gabe went door to door, distributing the precious package himself, without going through the chimney.

We had a few decks ahead of us and decided it was a big step for us to finally have them in our hands and be able to give them to people, so I’m super excited to give you your console.

The co-founder of Valve took the opportunity to talk for a few minutes with the first customers of this very first round of mailings, and give his email to collect some impressions. The whole thing was captured in a promotional video broadcast by the company’s official channel.

READ :   Star Wars KOTOR Remake: a second studio because the project is ambitious

The funniest part of the video is these people who have no idea who GabeN is and greets him like a simple postman. No worries for the All-Father, “my first job was distributing newspapers and then I distributed telegrams for Western Union, so that takes me back a bit to that time…”

According to a Reddit user, Gabe also took advantage of this tour to sign the first copies personally.