A time expected for 2021, then for 2022. God of War Ragnarok is the subject of new questions about its supposed release date. To top it off, it’s now Jason Schreier’s turn to add his two cents.

God of War Ragnarok, the long-awaited sequel to the adventures of Kratos and Atreus developed by Santa Monica Studio has been quiet for some time now. In any case, the software has not reappeared since its video presentation during the State of Play in September 2021. It is starting to date.

A silence that is beginning to make some people fear a new postponement while God of War Ragnarok is scheduled for 2022. A hypothesis quickly extinguished by Jason Schreier himself. Eminent journalist with our colleagues from Bloomberg.

Indeed the latter came to slip into a discussion on Reddit to extinguish the possibility of a postponement, and the answer is quite clear, rather judge. 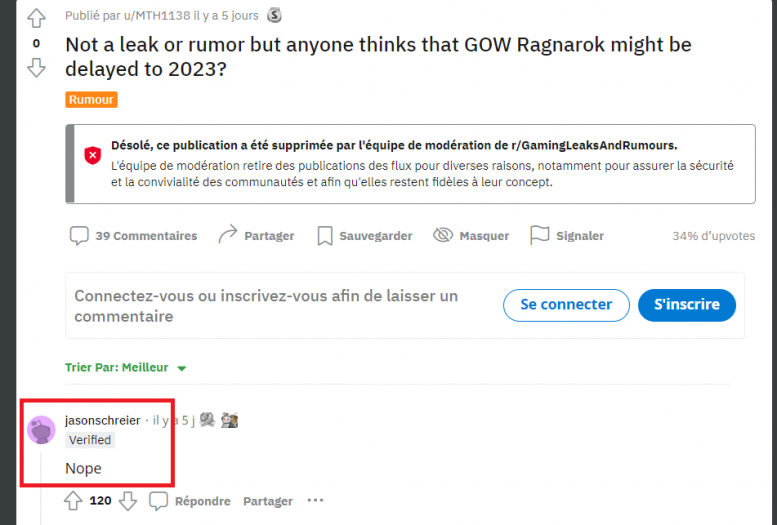 “Not a leak or a rumor but someone thinks GOW Ragnarok could be postponed to 2023?”

A point of view that we also share for the moment, we are only at the beginning of the year, which leaves Santa Monica Studio and PlayStation time to refine their communication on this highly anticipated title. Besides, remember that the software has already obtained a classification in… Saudi Arabia.

READ :   Ubisoft would not be opposed to a takeover offer

And you what do you think? Tell us in the comments.