Gotham Knights gives its news, alas not only good ones, shares gameplay and opens its pre-orders.

Rather discreet so far, Gotham Knights has finally decided to reveal itself by offering us a whole lot of information and gameplay.

First, Warner tells us that the PS4 versions and XboxOne have simply been canceledmaking Gotham Knights a game exclusively available on PS5, Xbox Series and PC.

Still scheduled for next october 25, the software took the opportunity to open its pre-orders. You can therefore now put your hands in your wallet to reserve your copy among the three versions offered by recovering a skin for the vigilante bike as a bonus. 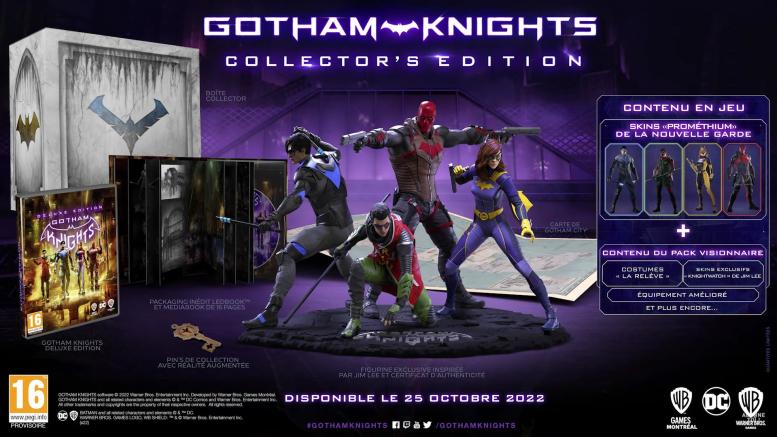 Gameplay in the heart of Gotham

Finally, Warner offered us a several minutes long gameplay video revealing Nightwing and Red Hood during a few sequences of combat and exploration. The opportunity for us to discover RPG mechanics, a few means of transport like a glider, a handful of gadgets, as well as an overview of the combat and infiltration system, quite similar to that of the Batman Arkham games. Note also that if mention is made of the mode two player cooperativenothing was said about the previous rumor suggesting that it would be possible to play up to 4.