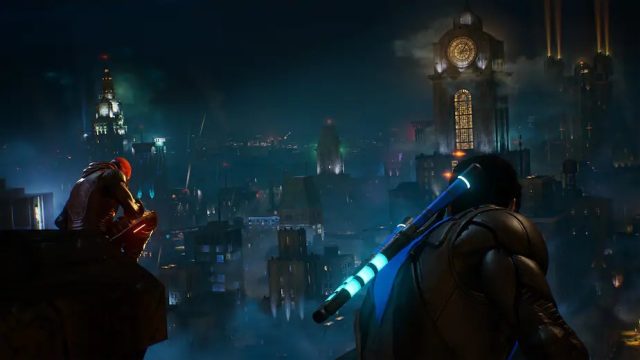 Gotham City will be a very big city in Rocksteady’s new game. Game officials also reveal some details about the Batcycle or cooperation.

If the impressive figures revealed during the promotional campaigns are not always followed by interest (a gigantic map without content, it’s boring isn’t it?), we like to discover the expectations displayed by publishers on highly anticipated titles. TherebyWB Games reveals that the map of Gotham Knights will be larger than the versions of Gotham City discovered in the series of games Batman Arkham (Arkham City, Arkham Origins then Arkham Knight).

Batgirl, Red Hood, Robin and Nightwing, gathered to fight crime following the disappearance of the Batman, will therefore have a rather vast playing field and is partly controlled by the Court of Owls. On Game Informerthe producer Flower Marty and the game director Geoff Ellenor brought some elements:

Geoff: It’s pretty big. I didn’t put one card on top of the other, but our Gotham is a big city. I tend to spend a lot of my Zoom calls on the Batcyle riding around Gotham. It’s one of the fastest and most enjoyable ways to get around the city. It feels like a big place.

Flower: It’s definitely the biggest version of Gotham that’s ever been depicted in video games.. The most important thing for us is its density and verticality. There are many layers. The Batcycle is the long-distance mode of transportation.

the Batcycle will also be customizable, in its aesthetics (colors and noise), but cannot be improved. That said, the characters will use it in different ways.

READ :   Ghostbusters Remastered says goodbye to multiplayer that was promised

A game that can be played entirely solo

Finally, the officials returned to criticisms made on the networks, the players believing that the game was oriented on a title exclusively in cooperation. Fake news according to Geoff:

You can play absolutely anything in single player mode. We have nothing that requires the presence of a friend to enter a mission.

As for the missions, many quests can be found in town thanks to an augmented reality system discovered in the trailers. The structure will be closer to the “action-adventure” genre, explains the game director, with investigations to be carried out on several investigations, and elements that are unlocked over the course of the story.