On this April 1st, the news was very hot on the side of video games. It’s crazy all these incredible announcements every year at the same time, isn’t it?

Haptic combination that makes you feel absolutely everything, even emotions, Sony exclusives in the Game Pass, a new curling license… We will have seen practically everything in this April 1, 2022.

A well-known manufacturer in the world of Gaming, Razer took advantage of April 1 to drop us a completely WTF advertising spot to announce its ultimate haptic combination, the HyperSense Suitwhich will make you feel everything… Absolutely everything.

An accident in a car game? The HyperSense Suit will propel you at breakneck speed through your digital windshield. A Street Fighter tournament? You better be good, since each blow will be felt and your body will take a hit… Besides, for the masochists, know that the suit is also compatible with the excellent Elden Ring… Enjoy.

Perhaps for fear that some will not believe the news (especially since this Ready Player One-style jacket is currently in the works elsewhere), Razer recalled this evening in a statement that it had announced every April 1st for a long time. years (a “decade of pranks”) of audacious products of the genre. Remembering that if every year so many people believe in it, it’s good that the brand is used to really releasing exceptional products… 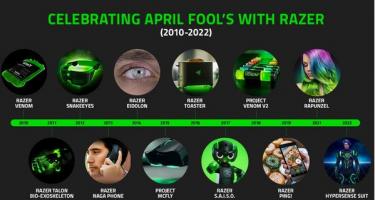 Incredible but (not) true, Several Big Sony Exclusives Are Joining Xbox Game Pass. It is Tom Warren himself who reveals the information through an evocative tweet that leaves no room for doubt. It will soon be possible to play Horizon Forbidden West, Gran Turismo 7 or even Deathloop on Xbox and PC via the Game Pass! What if Microsoft ends up buying Sony?

Given that the publisher will soon drop FIFA, it is normal that EA seeks to bounce back quickly with a new ultra-juicy sports license, and what could be better than curling? An international sport that unites billions of fans around the world. No information has yet filtered even if we already expect the opening of an eSport league and of course on arrival CUT mode, the equivalent of FUT for Curling 22.

One of the most cult games of recent years (much more than Pokémon or GTA combined) will be entitled to its film adaptation. Goat Simulator: The Musical Motion Picture Should Be Directed (Or Not) By Steve-Othe Jackass par excellence, and will transport spectators to a festival of completely GOATesque musical fun.

Moreover, many stars have tried to join the project, such as Tom Felton (Harry Potter), Nick Frost (Shawn of the Dead), David Koechner (the Office) or Kate Flannery (The Office). To celebrate the announcement of the film, the Coffee Stain studio is opening the auditions, and according to the disclaimer in the video below, it’s open to everyone, even chinchillas.

It is through a poignant tweet that New Blood Interactive announces a very sad decision, all their projects are pushed back to 2023 because of FromSoftware’s game. Elden Ring having too great an impact on the industry and the players who no longer count their hours on the software, New Blood therefore prefers to lay down their arms and let things settle down before resuming work.. And in the event that Elden Ring would have the right to DLC, the studio says it is ready to push back its projects even further.

So it is with a heavy load that we bring you this important news: pic.twitter.com/17XH1o8WbZ

We would like to tell you more, unfortunately the link of the tweet, shared by one of the biggest Fortnite insiders, is broken. Instead, it redirects to a tutorial for fishing in the game. We don’t understand, it looked correct, we try to find the right link suddenly.

Abandoned finally admits that his game is a vaporware that is not finished, maybe not even started, and that nothing is ready despite the “coming soon” of a few months earlier. No there sorry guys, it’s way too big to believe, we have a big doubt.

JeuxVideo-Live will open its Onlyfans by mid-2022 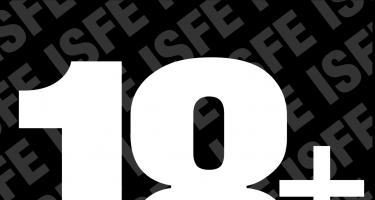 Finally the best for last, we exclusively announce the upcoming arrival ofan official Onlyfans VGR account this summer. In the absence of being able to stick a paywall on you as soon as you arrive on the site, we rather suggest that you discover the underside of VGR and its editors with tons of exclusive photos and videos.

You will be able to discover the hidden talents of our editor Jive during his ASMR evenings, the intimacy of Raptors or even play with the Joy-Con of our dear Algiersnon. In addition, Nyam Hazz, as a good VR expert, will offer you a great experience in virtual reality. As for me, I promise to sell you my bath water much cheaper than Amouranth’s.

We will also thank Kronica for overseeing all the video designs for this new adventure.

You got it, it’s all a joke today, so happy April 1st and stay faithful to VGR to have only real serious information without any humor all year round.