According to new information, the development of Ubisoft’s game, Skull & Bones, finally seems to be coming to an end.

In limbo for several years, Skull & Bones sees his situation improving little by little and especially his existence coming out of the shadows. And for good reason, the piracy game had been able to be approached via a gameplay video that had leaked and was circulating on the web. Moreover, during the release of its annual results, Ubisoft announced that it was aiming for an exit during the current fiscal year, i.e. before March 31, 2023. And, according to new information, it looks set to come true.

A classification in South Korea

As reported by the user Twitter @Mermolade and, moreover, VGC, the development of the game announced in 2013 and then repeatedly postponed even seems to be coming to an end or has probably reached it. And as proof, the Korean classification body has just recorded, this Thursday, May 12in its database the PC version of Skull & Bones. 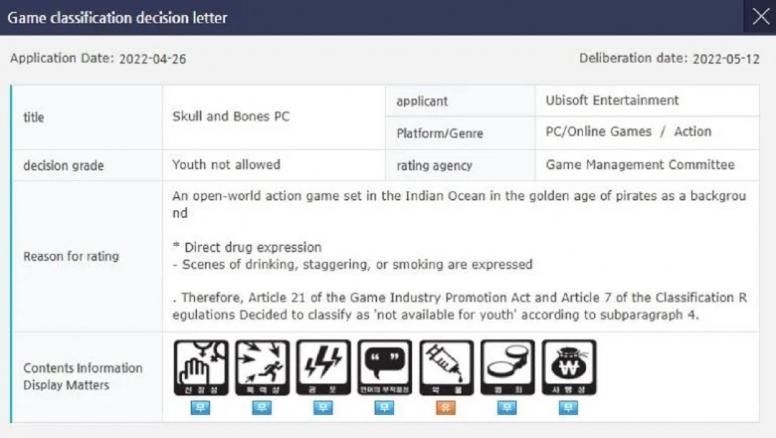 So should we expect an announcement soon? At Summer Game Fest 2022, perhaps?