After a leak of the pre-order bonuses and DLC, it is the collector’s edition of Hogwarts Legacy that has been leaked before its time.

Among the most anticipated releases of 2022, there is without hesitation Hogwarts Legacy, the famous open world RPG in the Harry Potter universe. The news of the day is that the game has had its various editions leaked on Reddit, including the collector’s edition, which holds a nice surprise.

An access to the game 3 days before its release

This screenshot below was recovered from files hidden within the official website of the software. You can see the different editions that will be offered for sale and their contents. If the existence of a physical collector’s edition was assured, we can now finally see what it has in store.

Overall, the Deluxe and Collector share the same bonuses, except for the magic wand and the metal case. But the biggest surprise in all of this is the access to the game 72 hours before its release. This is what our two friends are offering and we have a great argument in favor of pre-orders.

So all that remains is to wait for the announcement of the release date which should technically be set for the end of the year. As a reminder, Hogwarts Legacy: Hogwarts Legacy will arrive on PC, PS4, PS5, Xbox One, Series and Switch. 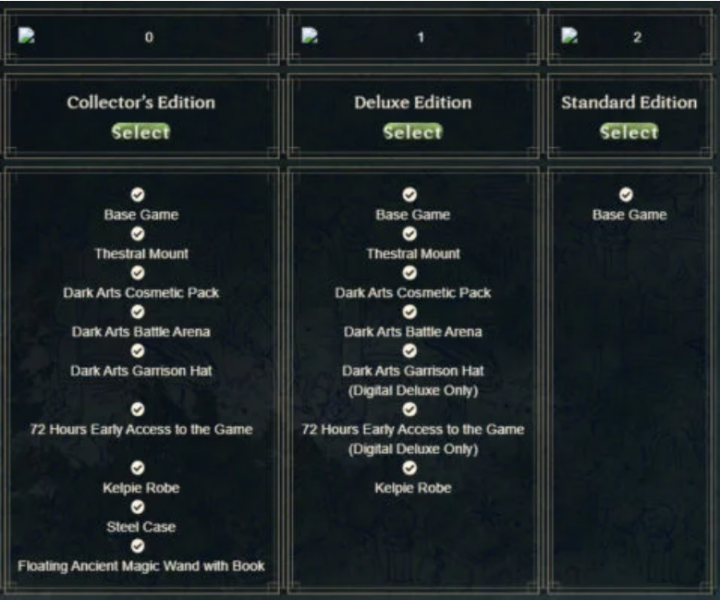 So, are you looking forward to Hogwarts?