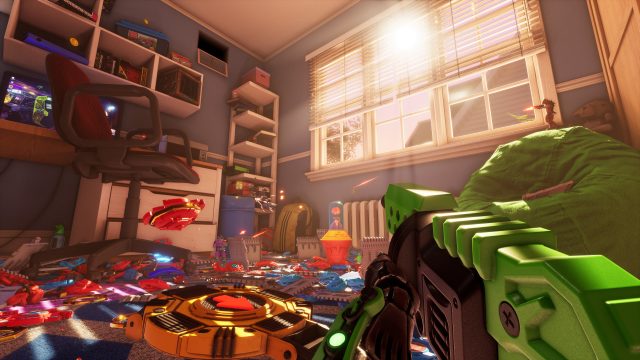 The shooter from Digital Cybercherries is looking forward to a release on Microsoft consoles to reach a new audience.

Certainly inspired by Toy Story or Small Soldiers, Hypercharge: Unboxed is an atypical cooperative and competitive shooter where you fight… with toys. Indeed, the game offers us to play as fully customizable plastic soldiers and to play in co-op (including a Tower Defense mode) or in PvP.

Released on PC (Steam) more than two years ago, Hypercharge: Unboxed is now looking to make its way to home consoles and is aiming for an Xbox Series release (and maybe Xbox One). The small indie studio Digital Cybercherries did not give a release date and seeks to make a maximum of noise around its software to accelerate the project.

?RT and RT some more!

The first announcement of the porting had been made last April and since then, Digital Cybercherries is working hard to bring its software to Xbox. But as small and close to its community as the studio is, it too faces problems of harassment. Here also some “fans” abuse, and started to have extremely toxic behaviors towards the team, just to have a release date on Xbox.

It saddens me deeply to have to write this, but I think the time has come to speak out. It is not acceptable to send threats, abusive, toxic and rude messages demanding a response for a release date.
[…]As developers, we are not robots. Like you, we are human beings with feelings.[…]I totally understand the excitement and anticipation for Hyperchare to be released on Xbox. Rest assured, it will happen! […]There are two reasons why we will not be giving a release date. The first is that we don’t have one, the second is that we are not a big team (five independent developers) and we want to give Xbox gamers the best possible version of Hypercharge, but that takes time.

Big studios like Santa Monica aren’t the only ones to suffer the unwarranted wrath of this toxic fringe of the community. However, this does not prevent Digital Cybercherries from keeping a cool head and continuing its work. The Xbox port of Hypercharge: Unboxed will certainly arrive in the next few months.