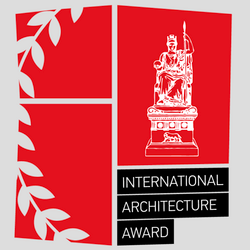 The Venetian in Las Vegas, the Seminole Hard Rock Hollywood in Florida and the Oceanus in Macau are just a few of the land-based casinos that boast absolutely magnificent architecture. In Belgium, there is one that is still under construction that looks just as splendid. It is the future Middelkerke Casino.

This project has just won a prestigious award: the International Architecture Award 2022. The coastal municipality has just made this known. At the end of 2023, it will host this famous complex which will offer a game room, a star hotel, a restaurant and a space dedicated to meetings and conventions.

At the 17th edition of a prestigious world-class award

The International Architecture Awards first appeared in 2004. They are awarded by the Chicago Athenaeum: Museum of Architecture and Design in collaboration with the European Centre For Architecture Art Design And Urban Studies and Metropolitan Arts Press. Their objective is simple: to honor the best building, landscape architecture and urban planning projects designed worldwide.

In 2022, a distinguished jury of renowned designers selected over 150 new buildings from 48 countries. On the occasion of the 17th edition of these prestigious awards, the Middelkerke Casino project was awarded. The project was developed by the architectural firm ZJA and DELVA Landschapsarchitecten, in collaboration with Bouwteam Nautilus.

Last Saturday, February 26, the mayor of Middelkerke Jean-Marie Dedecker (LDD) and the Flemish Minister of Public Works Lydia Peeters (Open VLD) were out together. Together, they gave the first symbolic shovels at the construction site of the new Casino of Middelkerke. This is an ambitious project with a budget of about 60 million euros, which will be mainly paid for by the concessionaire of the establishment.

When it finally opens its doors in December 2023, it will contain a games room, a star hotel, a restaurant and a space dedicated to meetings and conventions. Nicknamed De Bolder, which means mooring bitt, the building will also serve as a rampart to protect the resort from the onslaught of high tides and storms, which are becoming increasingly frequent and violent due to climate change.

READ :   How To Play Online Casino Games For Free

At present, there is no longer a casino in Middelkerke. Indeed, there was a concession contract for the operation of such a complex signed with the operator Napoleon Sports & Casino. However, this contract came to an end on June 30th.

The mayor of Middelkerke hopes that the new establishment will stimulate the tourist attraction of the community and thus benefit the entire local economy.