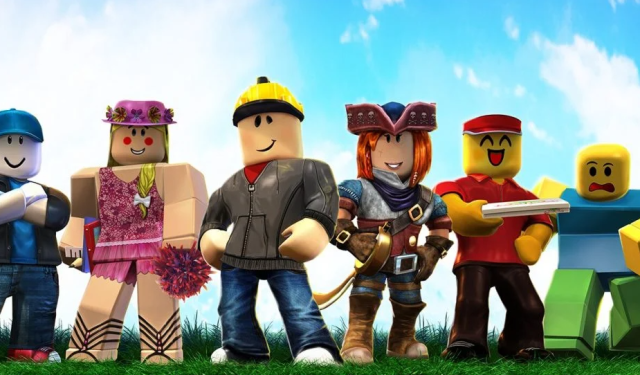 Famous Kim Kardashian has threatened to take on the Roblox sandbox game over the illegal use of her image and sex tape.

Made famous in particular because of her sextape and her magnificent curves, Kim Kardashian has become an essential figure in US reality TV. It is also in one of the episodes of his TV show that the millionaire made a disturbing discovery on Roblox.

If you do not know Roblox, know that it is neither more nor less than one of the most played and highest grossing free-to-play games of all time. A huge sandbox available on Xbox, mobile and PC, where you can create and monetize your own games.

Roblox is also known for its somewhat “borderline” monetization excesses, especially since the players are mostly young.. Moreover, the software had announced that it was reviewing its policy in terms of internal security and had worked hard to guarantee the well-being of its users, except that obviously there are still flaws and Kim Kardashian has just made them. expenses.

During an episode of her reality show, the young woman discovered, thanks to the intervention of her young son, a photo of her in tears acting as an advertisement selling new images of her sextape.

Shocked, the mother of the family then threatened Roblox to sue them for leaking this kind of content and for using her photo for malicious purposes.

Holy [son fils] was on Roblox yesterday and a sh*t thing popped up. He started laughing and was like “mom look at me…” and it was a picture of my face in tears.[…] It was a game someone made on Roblox that said “Kim’s New Sex Tape” when clicked. It was actually a “clickbait” insinuating that if you clicked on it, you would get access to a new sextape. […] If my son had been a little older and could read, like, I would have been mortified. […] I am shocked. I have all the time, all the money, and all the resources necessary to destroy them.

Roblox has cleaned up

The referenced video [la sextape] has never been available on our platform. We have very strict moderation and policies to protect our community, including zero tolerance for sexual content of any kind that violates our Community Rules. Additionally, the textual reference to the video that bypassed our filters was quickly removed and was fortunately only visible to an extremely small number of people on the platform. We also quickly removed the associated experience and banned the community developer involved in the incident.

Alas, this is not the first time that Roblox has been involved in this kind of overflow and very (too) many “community experiences” still feature sexually explicit content. Despite the measures, the software remains a breeding ground for deviance, as evidenced by this kidnapping of a young girl who met her attacker on the game.

Instead, keep your kids away from the internet, it’ll be better for everyone.