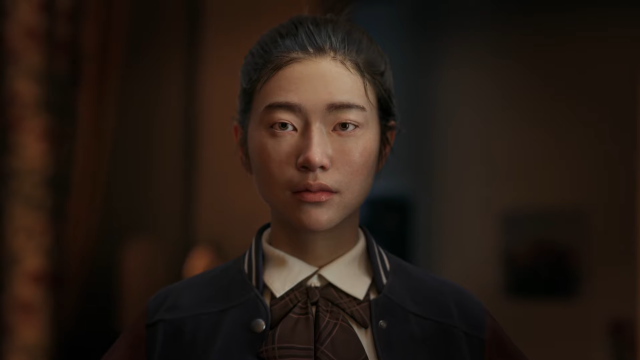 The Korean company Krafton presented its latest creation, which aims to be a true technological showcase for future projects.

The Korean company Krafton drew attention to a more than realistic demonstration. In fact, the latter wants to be much more than a faithful representation of reality. Rather, it conforms to a kind of perfect simulation of our feelings and behaviors, thus rendering the boundary between the tangible and the intangible null. And this, with the support of artificial intelligence and the 3D hyperrealism of the Unreal Engine, which allows a reproduction of the expressiveness of emotions.

Obtaining this “hyperrealistic virtual human being” is the result of the combination of various elements. In order to achieve the result that we know, special work was given to the facial expressions and the realization of the hair. The lively movements are guaranteed by the motion capture. As for the pupils, they have been energized by special effects.

By showing his will and his ability – it’s up to you to judge if he succeeded – to compete with reality, Krafton places its objectives here: to be able to reproduce this kind of creation for the needs of video games.. Moreover, in parallel with this demonstration, the Korean company used the same techniques for its recent trailer PUBG Esports 2022.

In search of getting closer to reality, Krafton has also directed research towards technologies (AI, voice synthesis…) that would give these “virtual humans” the “gifts” necessary to allow them interactions worthy of the name..