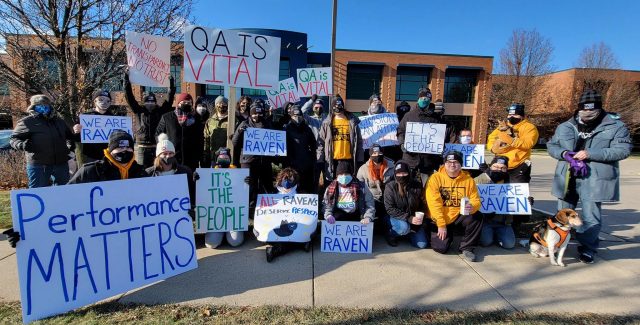 Known for its fight against discrimination within the Activision-Blizzard-King group, the A Better ABK union has given its opinion on the takeover by Microsoft.

The news fell yesterday: Microsoft bought Activision-Blizzard-King, one of major video game groups in the world, for a colossal sum never invested until now. An acquisition that seems to give another meaning to Phil Spencer’s recent remarks on the internal affairs of harassment, intimidation and discrimination, the latter not wishing to give an opinion on the question, after being indignant at first.

Meanwhile, according to several sources, Bobby Kotick is said to have announced his departure from the company when the deal is signed in 2023. A departure expected by many signatories of petitions, who have been fighting for many months against the CEO of the group, kept in place (but under new Microsoft Gaming head Phil Spencer).

The crisis experienced by ABK caused many departures, in particular of great figures of society, but also several charges in court. Most were supported by the company’s workers’ union, A Better ABK, who confirmed that “this news does not change our objectives”. In series of tweets, the union alliance explains:

No matter who controls the company financially, the collective will continue to want to end abuse in video games and will continue to fight to improve the working conditions of each employee.

A vision that is all the more logical since the financial deal must now go through a series of validations, including market regulators, who can still break the deal during the next 18 months.

In the meantime, the problems continue within the company. Recently, it’s the internal studio Raven Software which was in crisis: a wave of dismissals affected the company, and in protest, a new strike was launched. Negotiations are still ongoing.

And finally, 3 out of 4 of our original collective demands to improve the conditions of women in our workforce have not been met. (5/6)