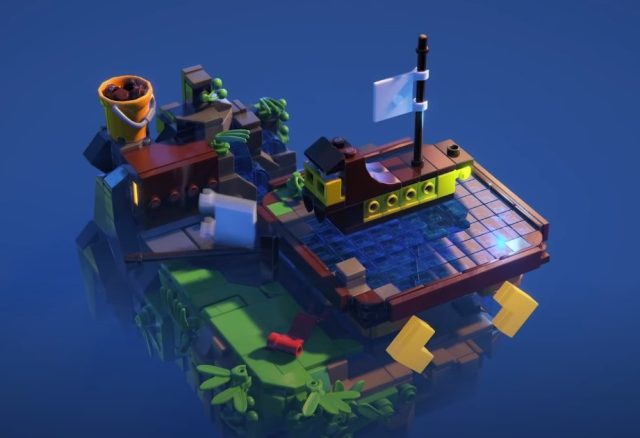 The ultra-chill LEGO puzzle-game is finally coming to PlayStation consoles with a free build mode under the arm.

We recently told you about the undeniable success of LEGO Star Wars: The Skywalker Saga which sells like hotcakes (thanks to Le Cha). A nice tour de force for the LEGO license which obviously still has a lot to offer. As chill construction games as possible.

Have a tea and come to the LEGOs

Far from collaborations with Star Wars, Harry Potter or Marvel, LEGO Builder’s Journey goes back to basics: construction. The software looks like a puzzle-game where we are asked to create small dioramas by solving puzzlesall cradled by an OST of absolute calm.

First released on mobile, then made available on Xbox and SwitchLego Builder’s Journey only needed Sony consoles to come full circle and it’s done. The software is indeed available since April 19, 2022 on PS4 and PS5, in dematerialized version. As of now, no physical edition has been mentioned.

As a bonus, in addition to its standard game mode, LEGO Builder’s Journey will give you the opportunity to create your own dioramas with a sandbox mode offering total freedom.

And what’s great is that you can’t step on it once you’re done playing!