Postponed many times and announced for April 5, LEGO Star Wars: The Skywalker Saga brings its share of information and novelties concerning the next character packs.

The Warner Bros. Games, TT Games, The LEGO Group and Lucasfilm Games just leaked some character collection details for LEGO Star Wars: The Skywalker Saga. Available as a separate purchase or through the Season Pass, seven downloadable content packs allow you to play characters from across the galaxy, some of which do not appear in the nine films of the saga.

Upon launching the game, The Mandalorian Season 1 and Solo: A Star Wars Story collections will be available on the Nintendo Eshop. The first will include characters from Unplayable Mandalorian and Grogu, Greef Karga, Cara Dune, IG-11 and Kuiilwhile for the second, this one will include Han Solo, Chewbacca, Lando Calrissian, all three in their youth version, as well as Qi’ra, Tobias Beckett and Enfys Nest.

Two other packs will also be released from April 19 and will concern the Classic Characters such as Luke Skywalker, Princess Leia, Han Solo, Darth Vader and Lando Calrissian and characters from Rogue One: A Star Wars Story with Jyn Erso, Bodhi Rook, Cassian Andor, K-2SO, Chirrut Îmwe, Baze Malbus and Director Krennic .

Another will follow which will focus on the forces of the Empire. The trooper pack will include Death Trooper, Incinerator Trooper, Range Trooper, Imperial Shore Trooper and Mimban Stormtrooper. It will be available in early access for players who pre-ordered the digital version of the game, and will be available from May 4 for any Season Pass holder, or by separate purchase. 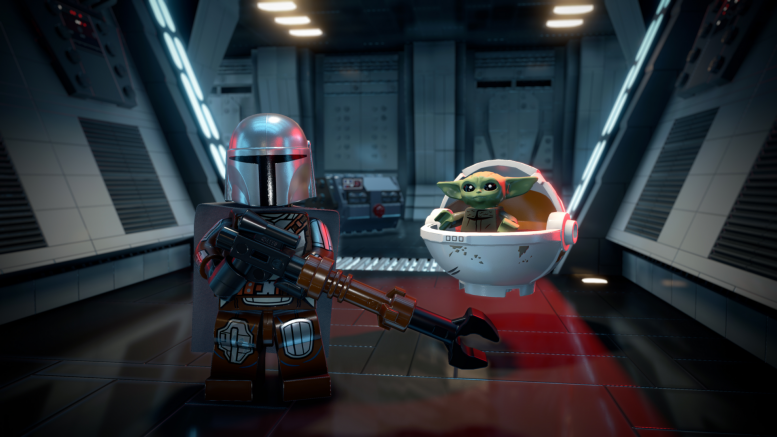 On this same date, which celebrates Star Wars Day, two other packs will appear. These will be characters from the second season of The Mandalorian and those of the series Star Wars: The Bad Batch. The Mandalorian Season 2 Bundle will include Ahsoka Tano, Boba Fett, Bo Katan, Fennec Shand and Moff Gideon And the one of Star Wars: The Bad Batch will feature Hunter, Wrecker, Tech, Crosshair and Echo.

READ :   A game of flirting with killers: the big news of the day in less than 2 min.

As a reminder, LEGO Star Wars: The Skywalker Saga will be released on April 5, 2022 for PlayStation 5, PlayStation 4, Xbox Series X|S, Xbox One, Nintendo Switch and PC. He’s also up for digital pre-order, which will offer the classic playable character Obi-Wan Kenobi. A physical version is also available and will come with a minifigure LEGO Star Wars exclusive, Luke Skywalker with Blue Milk.