We knew that the game was expected and that a crowd of players jumped on it, but at this point, no one saw it coming.

We told you not long ago about the server problems and the heavy traffic that Lost Ark had to support. Well bad news, it’s not about to be settled since the free-to-play MMO has just reached a symbolic, and rather impressive, milestone on Steam by displaying no less than 1.25 million players connected simultaneously.

Results, it becomes the second most simultaneously played game of all time on Steamthe first place being always acquired by PUBG and its 3.2 million players. 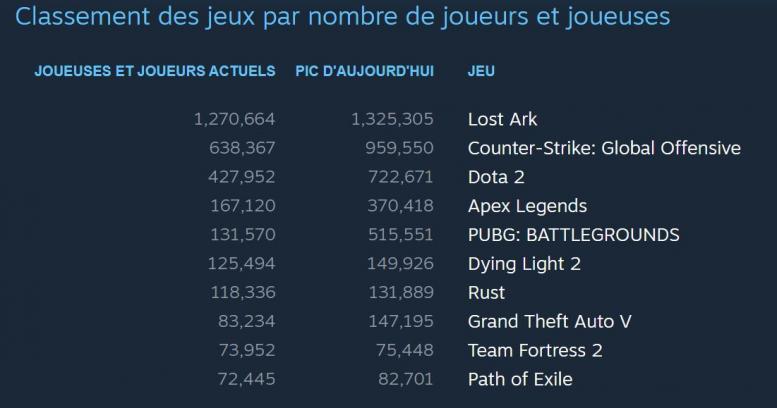 An impressive performance that it would not be crazy to see explode in the days to come.