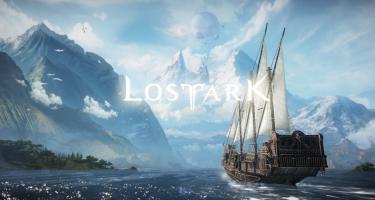 If you’re even a little interested in video game news (and it’s better, since you’re here), you know that Lost Arkthe MMORPG developed by Tripod Studio and edited by Smilegate RPG available since the end of 2018 in Korea, is released in Europe on February 11, 2022 under the responsibility ofAmazon Games Studios. So, more than a month after the game was released, what is this mix of action-RPG and Hack’n’slash worth with ganjang sauce?

No one knows the secrets of the ark… 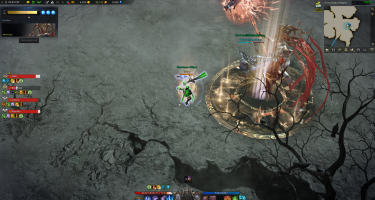 To begin with, remember that Lost Ark is a free-to-play in which you play a hero whose destiny is toprevent the resurgence of Chaosfive hundred years after The Great War having opposed the seven sidereal led by the King Luteran against the demons of Kazeros. To do this, your main quest will take you through the world of Archesiain search of the famous “lost archesonly way to possess the power necessary to repel demons. Extensive program! It is also and above all the pretext that will give you the opportunity to explore the different areas and accomplish the many tasks that will be entrusted to you.. Finally, the narrative framework, if not exciting, has the advantage of offering a script thread that will accompany you throughout the adventure. However, do not expect a story of the caliber of a Final Fantasy 14.

Like all MMORPGsyou will have to create your character and choose from a total of 15 different subclasses. Whether you are a fan of close or ranged combat, you should find your account. Thereby, you can embody a Berserker, a Martialist, a Sniper, a Mage, an Assassin or even a Specialist. As you read this, Korea already has additional classes that should appear in the West in the near future, so you’ll have to wait a little longer to play theArcanist. Curiously, the majority of the proposed archetypes impose the sex of your character on you.. It is therefore useless to want to embody a Berserker or a Bard. This doesn’t really make sense since there is no story specific to the chosen hero. But it’s a detail that should be changed in a few months, since the developers of Smilegate seem to be working on releasing a version of the opposite sex for each character.

“There is nothing to fear here”. “That’s what scares me!” 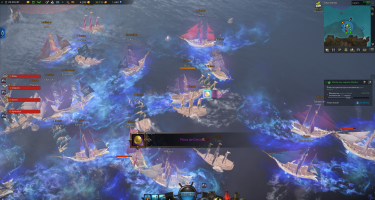 In Lost Ark, each class is clearly distinguished from the others by its way of playing and are all worth trying. They offer a large number of skills, eight of which can be placed in the action bar. Basically, these are the AZER and QSDF keys that will allow you to demolish your enemies with combos of the most beautiful effect. Most of your heroes also have an “Identity” which is positioned in the middle of your hotbar. This is a skill gauge that fills up as you use your skills. Once loaded, it allows you to unleash powerful attacks or improve your combat speed depending on your character.

READ :   Has Ocarina of Time finally made it into the Hall of Fame? News @VGR

Each level up gives the possibility of granting talent points. These allow you to strengthen your various skills and give them additional properties thanks to the tripod system. You will be able to increase your damage and improve your stats for a total of 12 points. In addition, each level of 4, 7 and 10 points distributed will give you theopportunity to unlock a special buff. It is also possible tosave different archetypes, which allows you to quickly switch from a single-target build to an area-of-effect build (AOE for purists). Note that you can have fun testing the different possible combinations as many times as you want and without having to pay the price. Practice. To this is added another function which allows you to improve your hero a little more. It’s about system of engravings that confer passive bonuses such as increased DPS or bonus mana regeneration. Indispensable for the end game.

The game will keep collectors aficionados busy for hours. 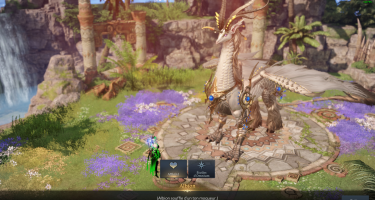 Obviously, in each city you will find many NPCs who can sell you all the items necessary for the success of your adventure. On this subject, the player who is not accustomed to MMOs of this type could easily get lost in the multitude of objects, currencies and other resources (to buy or collect) offered. let’s remember that Lost Ark is a free-to-play. And like everything free-to-playit you will encourage you to buy packs allowing you to reach a high level faster or improve equipment for sure. However, those refractory to the system can be reassured. You can very well progress in the adventure without spending a euro. Only the most relentless and seasoned of the genre will put their hand in their pocket. The game will occupy the mala… the aficionados of the collection for long hours. We think in particular of mokoko seeds, collectibles distributed and hidden in all the maps. Good luck finding them all without a guide!

Soon enough, you will have your first mount to cross areas faster and store your excess inventory on your wanderings, not to mention the teleport portals to unlock in each territory, which, for a few coins, will send you instantly to sectors you have already visited. You can also have a pet which will help you pick up your loot more easily. Later in the adventure, you will have the opportunity toacquire your own ship and the crew that goes with it to sail to the many islands present in Archesia. Fun but not revolutionary. We will tend to let the boat navigate automatically to its destination.

READ :   Actronika will present its Skinetic haptic vest at CES 2022

Lost Ark also gives the possibility of stay on your own island that you will arrange to your liking. Unfortunately, most of the really interesting items are in the game store, a bit of a shame… Ideal gathering place for guilds, the island gives you the opportunity to craft different items such as healing potions. 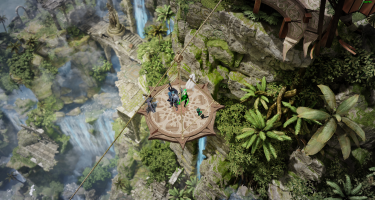 As in most MMORPGswe find in Lost Ark craft trades. Besides, you can choose to be herbalist, lumberjack, archaeologist, hunter, miner and fisherman. Available at the start of the game, all you need to do isequip the necessary tool to cut down trees, extract stones, catch fish and transform the materials thus obtained. Each profession has a specific talent tree that allows you toget passive and active bonuses within the game.

For lovers of pvpthis mode is available from level 26. However, your character will not be able to benefit from the characteristics acquired in the PvE. Right here, everyone benefits from the same number of attributes and talent points and no consumable item of the PvE cannot be used. Not unpleasant but fairly underdeveloped for the moment.

Visually, Lost Ark largely does the job. Most of the areas you will have the opportunity to cross are very beautifulwhich makes theexploration of the different pleasant maps. The bestiary and the characters are not left out either. The animation of the opponents is really well done and you won’t come across cloned enemies (hello Diablo). The whole thing is accompanied by a soundtrack that sticks in a completely just way to the atmosphere. Not to mention the full dubbing in French. A very good point!

Finally, we can talk about the game’s real money store, a big concern for players who fear the Pay2Win aspect. Remember if necessary, Lost Ark is a title free-to-play who counts on the players to sustain development over time. Rest assured though, if you don’t want to spend a single kopeck, it’s quite doable. Most of the contents of the store are cosmetic in nature, so it is possible to buy some decorations for your island, as well as skins, pets or even mounts. In fact, the most impatient can save a little time but all of these items will somehow be accessible for free.

Editor’s note: thanks to Shuu for the screens!