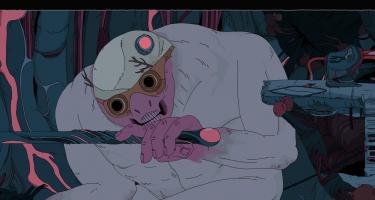 Initially scheduled for March 2021, the attractive Minute of Islands has finally postponed its release almost to the last moment, time to polish its gameplay. Enough to give Fizbin an opening to collect more feedback before the final launch thanks to a new demo made available for free during the LudoNarracon 2021. Here are our first impressions after more than 40 minutes on the game at the graphic paw that oscillates between Moebius and Adventure Time.

A unique and captivating atmosphere and artistic direction

It all starts on a small, bucolic archipelago where once resided an ancient race of gloomy giants, carriers of surreal machines and vital for the little people who live in the area. Machines that are gradually falling apart and requiring regular maintenance, otherwise an enigmatic threat will engulf everything. Only whoever holds the correct magical scepter can keep them in working order. A task that falls to little Mo, having made the promise to restore these remains before it is too late and her family is in danger. Our grip begins when the young girl wakes up, deep in the bowels of one of the islands. A simple routine round suggests that time is running out. 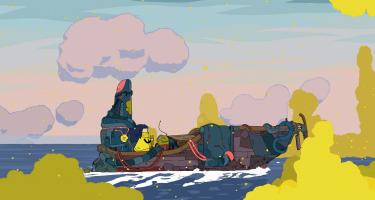 What strikes above all is the almost deceptive aesthetic of Minute of Islands, in places of the tone of history and its lore. Don’t be fooled by its flirtatious and childish visuals, nor its vibrant colors, the game is a mature adventure, which at first glance should offer a rich, intriguing but above all coherent universe. The degradation of machines endangers the very ecosystem of the archipelago. Mucus spreads in the air, the surroundings are strewn with corpses of small animals, the beaches squatted by the remains and entrails of a whale. The artistic direction, mixing organic and synthetic, clearly hits the mark and if the narration seen in the demo remains of the same quality, they should both be the strengths of the title. Because gameplay question, we are on the ultra classic platformer-puzzle, perhaps the Achilles heel of this promising independent game.

Question gameplay, we are on the ultra classic platformer-puzzle 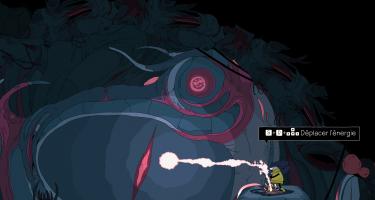 During this grip, our actions can be summed up in a few lines: walk, climb, plant the Omni-Switch (the famous stick) in a mechanism to make a crank, open another hidden in the ground, put the stick back. , and direct the energy released from it into the target. And that’s all. The manipulations are always the same, nothing changes. The demo is only in the first chapter of the game, we can bet that this is only a big tutorial and therefore that real puzzles and that more varied and engaging mechanics await us in the final version. What remains is that the little gameplay of the demo is fluid and despite the repetitiveness, it is not off-putting. To see how it will manage to renew itself during the few hours that will be necessary to complete the adventures of Mo during its release scheduled for the current 2021.