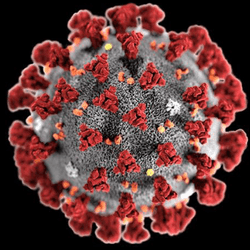 For the last ten days, Macau has been affected by a series of Covid-19 infections. After having carried out a vast screening campaign, it announced on Thursday, June 23, new restrictive measures in order to fight as much as possible against the spread of this disease.

Thus, almost all the public places are forced to close their doors except for the casinos. The authorities still ask them to reduce the staff and to increase the tests.

Recently, the number of Covid-19 contamination cases in Macau has exceeded the 300 mark. This number may seem quite low and without comparison with those recorded throughout the world for a population of about 635,000 inhabitants.

Nevertheless, this former Portuguese colony has been extremely little affected by the pandemic and seems determined to remain so. That is why it follows the mainland’s zero Covid policy to the letter.

While it is going through the most complicated and serious situation since the beginning of the international health crisis, it has put in place new restrictive measures. These require government offices, banks, bars, cinemas, nightclubs, barber shops, gyms and sports fields to close their doors.

Restaurants are only allowed to sell take-away food and schools have already been closed for the summer vacations, earlier than planned. Casinos, however, may remain open.

Indeed, after closing them for 2 weeks in February 2020, the Macau authorities had reached an agreement with them to close only those in which cases were recorded.

Protective measures to be respected

The Macau Regulatory Authority has asked casino operators to reduce the number of people working in the gaming rooms and to respect certain protective measures. First of all, they must strictly apply all the epidemic prevention guidelines issued by the Health Bureau.

For example, they must check the temperature of their customers and strengthen the cleaning and disinfection in their establishments. Of course, social distancing and mask wearing should also be observed. As of Monday, June 27, all casino employees must also undergo antigen testing before each shift and nucleic acid testing every 48 hours.

Even if Macau’s gambling establishments are allowed to remain open, they may not attract many customers. This is because there are very strict border controls in place, which discourage most people from traveling to this special administrative region to gamble.

In addition, residents are asked to stay home. In fact, 9 areas of the city are now completely closed. There are also 5,000 people under quarantine, including 3,333 Macau residents, 881 tourists and 631 foreign workers.