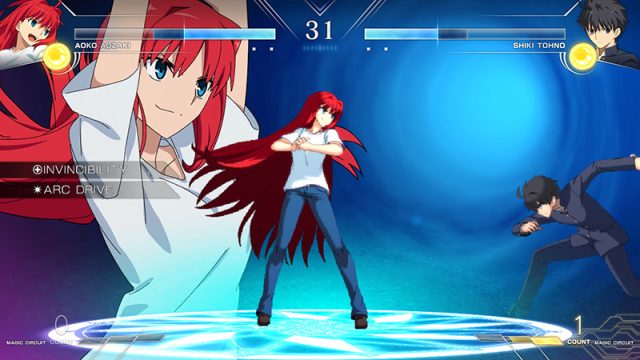 Type-Moon reveals the identity of the new character who will join Melty Blood for free: Type Lumina. It will be released on January 13.

She will show up at the same time as Dead Apostle Noel: one of the very current characters of Witch on the Holy Night will join Melty Blood: Type Lumina on January 13th.

Using his different powers as well as his knowledge of martial arts, Aoko Aozaki will be offered to players for free, just like the fighter previously revealed. Other elements related to the characters, such as arenas, will also be made available.

The game is accessible on PS4, Xbox One, Switch and PC (Steam) from September 29, 2021. Two other characters will soon join the title.