Spike Chunsoft has unveiled a new video of his adaptation of the manga Made in Abyss, and takes the opportunity to stall a release window in 2022.

Update 11:00 a.m.: Just For Games is also announcing a physical collector’s edition containing the game, a uniquely designed 24-by-36 commemorative fabric poster by Kinema Citrus, the studio behind the anime, and a hardcover caveman’s notebook, containing information about the whistles, relics and creatures of the Abyss. 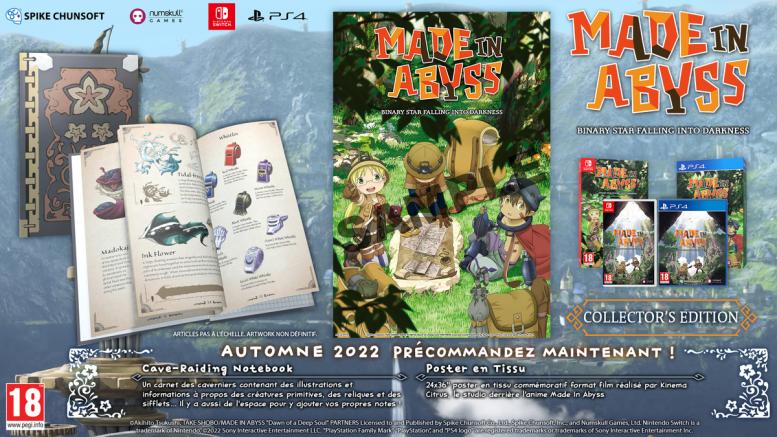 Spike Chunsoft’s RPG based on the eponymous manga and series which won the anime of the year award in 2018 by Crunchyroll, will arrive this year on PC and consoles. Designed by Akihito Tsukushi, it tells the story of two children who explore the abyss dug in the heart of the city, and will suffer the psychological consequences.

The Abyss contains remnants of ancient civilizations, but the deeper adventurers delve into it, the more sanity takes a hit, a component that will carry over into the game. planned on PC, PS4 and Switch and now dated in the fall of 2022 by the publisher.

READ :   The first Deliver Us Mars dev diary is revealed

Mixing a Dragon Quest-like drawing and a psychological horror story, Made in Abyss: Binary Star Falling into Darkness will also offer an original story with a character to create who can also follow the story of the Caverns. For VO lovers, the original Japanese artists will be dubbing.