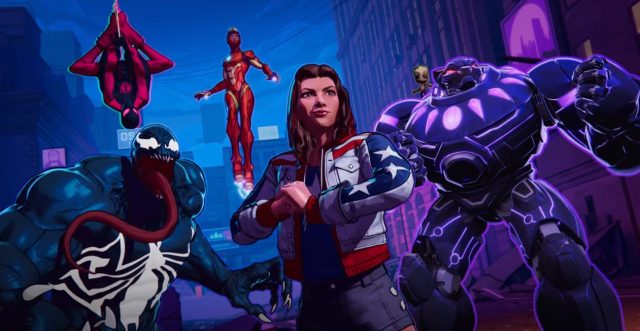 Marvel is entering the field of online collectible card games, with a title announced on PC and mobiles which seems to offer a huge roster of characters from the Maison des Idées.

Marvel has many projects in progress, between its MCU, its animated series (like She-Hulk which has just been unveiled) and several video game titles including Marvel’s Midnight Suns. The franchise will continue its conquest of the planet by now announcing Marvel Snap, the “fastest card battle game in the multiverse” (reference to Pokemon Snap or Thanos snap?)

Planned on PC and mobilesthis new title will ask you to compose your dream team of Marvel characters with a visibly edgy and action-oriented collectible card game. A first video, featuring Iron Man (Riri Williams version), Baby Groot, Victor Von Doom’s Doombots, Venom, Galactus and others allows you to discover an animated trailer but also many minutes of gameplay.

For amateurs, we feel an inspiration from board games like DC Ultimate Battle Cards with the design of the cards. On the board side, we are closer to a Magic or a Hearthstone (that’s good, it’s made by Second Dinner, founded by veterans of the Blizzard game) with its lands and animations. You can also see there Medusa, Killmonger, Odin, Kang, Destroyer, Hala and other lesser-known characters, which seems to indicate that a pretty mind-blowing roster is in the works.

A closed beta is launched, to participate, you can register on the official website. The game should be free with probably additional paid content.