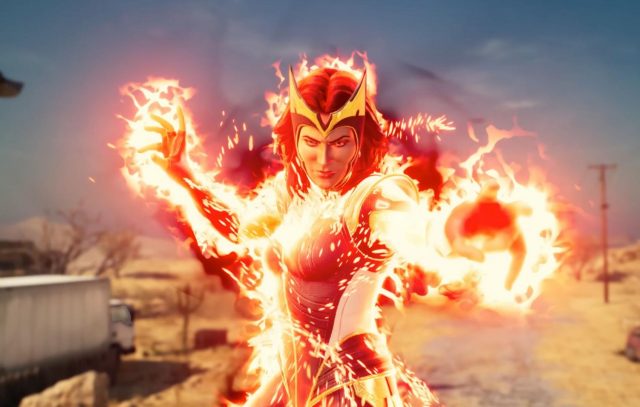 Presented as the best apprentice of Dr. Strange, the character of Scarlet Witch is revealed in a video presentation of her gameplay and her attacks.

Marvel’s Midnight Suns continues to move forward, while waiting to get their hands on the heroes of the Sons of Midnight team. While the game was pushed backwe should know more next September. In the meantime, it is via a series of videos introducing each of the characters of the superhero team that we continue to raise the hype on the side of Firaxis Games.

Discover now Scarlet Witch, aka Wanda Maximoff, who unleashes all her power, and whose power design is more reminiscent of Jean Grey’s Phoenix form than the Red Witch’s magic. Nevertheless, his ulti shows a wave of power that explodes the enemies in a deluge of blood. Most of her powers, by the way, are area spells. The presentation of its gameplay, rather support-oriented, also shows the importance of plan your attacks contrary to other more bourrins colleagues.

You can also watch a video from last week that presents the character more globally. For callers, Wolverine was recently introduced.