Supported by the Ile de France Region and the CNC, Tandem: A Tale of Shadows is a French production that we owe to Monochrome Paris. This small 3D creation studio composed of 5 people and which is closely interested in the world of VR and AR (Singularity 5 in 2018, it was them), offers us here a puzzle-based adventure platform game playing with light and shadow. Published by Hatinh Interactive, it is expected for thefall 2021 on PC, PS4, Xbox One and Switch, but we have already tried short demo which was proposed to us in order to give you an account of our first impressions.

But where is Thomas? 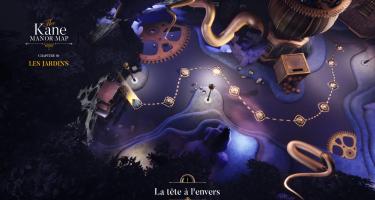 As you can see from the trailer, Tandem: A Tale of Shadows takes a look at the mysterious disappearance of Thomas Kane in Victorian London at the end of the 19th century. Bearing the same name as his father, he is the sole heir to a famous couple of illusionists. And despite Scotland Yard’s best efforts, this case remains unresolved. This is whereEmma, ​​a 10 year old girl, intervenes. Taking a close interest in this file, she decides to conduct the investigation herself and then heads to the Kane mansion to shed some light on it all.

Thomas Kane is the sole heir of a famous couple of illusionists. 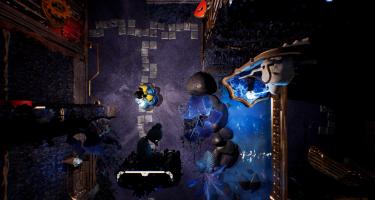 As she finds herself in the dark streets of the English capital, a horse-drawn carriage rushes past her, letting a teddy bear escape out the window. To his surprise, he gets up and starts running behind the vehicle. Without hesitation, Emma launches her turn in pursuit. Named Fenton, this teddy bear with magical powers allowing him to defy gravity, is Thomas’s, and Emma will need her help to find the end of the story about the disappearance of her owner. It is besides together that they arrive at the gates of the manor and that they will have to help each other to penetrate ever deeper into the mansion riddled with danger in order to find Thomas.

The two make a pair 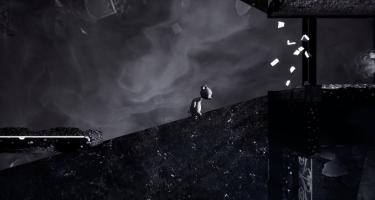 The first chapter of Tandem: A Tale of Shadows takes us in the gardens of the Kane mansion that we have to cross. The demo allowed us to take part in 7 first paintings of the 11 that the latter seems to have. Every act is rather short and it took us only about 30 minutes to get through it. Once the gardens have been crossed, it is of course the former Victorian mansion of the Kane family that awaits us. But already in the gardens, we could feel this atmosphere sought after by the studio and officially inspired as much by Jules Verne, Conan Doyle and Tim Burton as by German expressionism and the golden age of Dutch art. 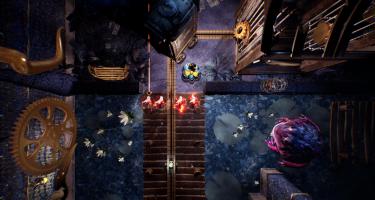 Entirely made in 3D, the graphics, while remaining fairly simple, are relatively charming. The adventure is also punctuated by many rather successful cutscenes. We were only able to see one of the five universes what the game will offer, but we already appreciate aesthetics and dreamlike of this title which will come to titillate the childish imagination which slumbers in you. On the sound side, the music does its job, without having particularly marked us, and the storyteller, the only character gifted with words, is very effective in his role, corn the sound effects deserve to be further refined.

Play of shadows and light 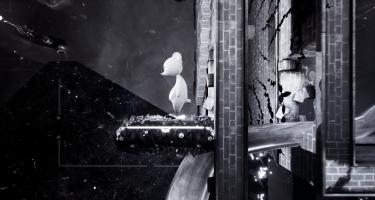 Mixing platforms, puzzles, action and adventure over 40 levels, Tandem: A Tale of Shadows therefore benefits from 5 different universes to cross alternating between Emma and Fenton. If the first is checked from above in aerial view, the second is controlled in horizontal side scrolling view. Fenton is indeed not subject to the same gravitational laws as Emma and walks on walls. And this principle works quite well. To be able to pass through certain doors, the little girl will need the help of the teddy bear to press the button to open it. But to reach said button, the bear will have to use the shadows created by the girl with its lantern or other objects when it is deprived of it. A concept which reminds us of the equally French and excellent Shady Part of Me. don’t get Fenton in the shadows, he will then be unable to move. Likewise, we will only be able to pass from the teddy bear to Emma if the latter is on a solid surface and not on a shadow created and liable to disappear.

A concept that reminds us of the equally French and excellent Shady Part of Me.

Everyone therefore evolves in a different dimension where he can only move forward with the support of the other. Some doors can also be opened directly by Emma, ​​but on condition that a padlock does not lock them. In this case, you have to start with find the key and especially how to access it. This can be done through several airlocks to be opened by simultaneously pressing several buttons. the contest of objects that Emma can pull or move, often on rails, is then welcome. It is also a way to create shadows using the lantern or the lampposts that can be turned on or off as needed. The developers don’t seem to lack imagination to create various situations for us, just hope that this holds up. In addition to the passages to be created, it is also necessary to face enemies taking the form of mechanical toys (spiders with laser detection beams, not very reassuring clowns…). Confrontation is not the solution, it is a question of find out how to avoid them. And for that, the title promises us a wide variety of interactive elements use. Note that each zone has its own challenges and its own end boss, but also hidden rooms with clues allowing to learn more about the disappearance of Thomas. 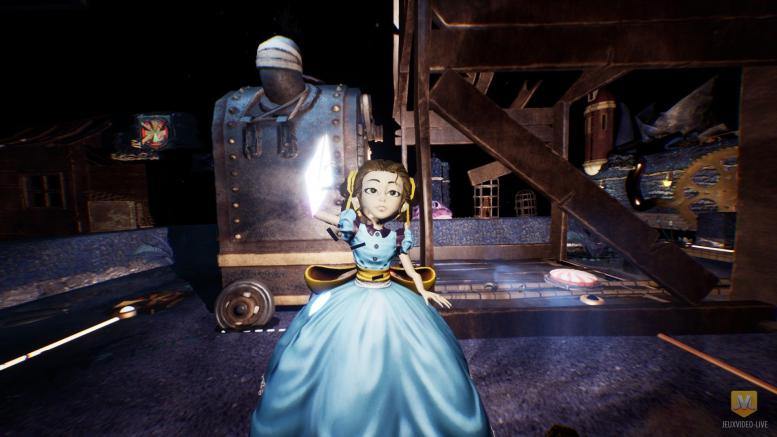